Say that there is a shortage claim caused by cargo spillage during the discharge operation under an unamended Sugar Charter party 1999 containing the standard STEVEDORES F.I.O.S.T Clause [1] or that the vessel hits the quayside during her unberthing manoeuvre whilst under pilot's instructions under a NYPE 46 with an amended Clause 26 [2] to bring the acts of pilots within the owners' responsibility, how carefree should the charterers feel?

Well ... not at all. In fact, they would be in a world of trouble if the owners would establish that the stevedores or the pilot were not simply negligent, but in fact, incompetent.

In The Eurasian Dream [3], it was found that incompetence (to be distinguished from negligence) can derive from an inherent lack of ability, a lack of adequate training, a lack of knowledge, a disinclination to do the job properly or from disability or incapacity. In The Clipper Sao Luis [4] Justice David Steel found that it is not the lack of certification or training by themselves that constitute incompetence but a "disabling lack of knowledge" [5]. In The Makedonia [6], the Judge considered it to be an important factor in establishing that a person was incompetent if that person had "a shocking history of sheer inefficiency".

"And what does that have to do with us?" the charterers might reasonably ask. The answer has been given by – among others – Lord Denning MR and Megaw LJ [7] as well as David Steel [8] who were of the view that the charterers are under an implied obligation to employ competent stevedores (and by the same token pilots [9]), when they appoint and pay them. In other words, if the stevedores or pilots are proven to be incompetent and the owners are exposed to liabilities because of such incompetence, the charterers are in breach of their implied obligation and should thus indemnify the owners for their losses.

What is important for the owners to establish (by way of investigations through the local P&I correspondents and surveyors or via the local authorities) is that a general display of incompetence is manifested at a systemic level. For example, records of past discharge operations during which the stevedores showed a lack of proper skill and care or a list of incidents in which the pilot has been involved in and demonstrate a disinclination from the pilot's end to learn from previous mistakes, they would be valuable evidence in such an endeavour.

Proof of incompetence (but not simple negligence) will thus trigger a breach of the charterers' obligation to provide competent stevedores and pilots and thus pave the way for a successful indemnity claim by the owners even in instances where the wording of the charter party is prima facie not very helpful.

Neither the charterers should feel sufficiently protected nor should the owners be remiss to consider their chances of recovery when a loss is attributable to the sheer incompetence of a person employed by the charterers, even in those instances where the contract is explicit in its wording. The charterers may well be ultimately held liable for the loss caused by the incompetence of one of their agents, even when the contract provides otherwise and this is something to be born in mind during the selection or appointment of such agents. 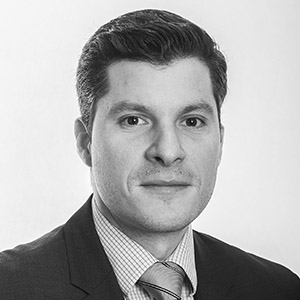