The Chinese Supreme Court has considered the issue of responsibility for container detention charges, when the cargo is abandoned. Operators in the container sector with China trade will wish to take note of this legal development. 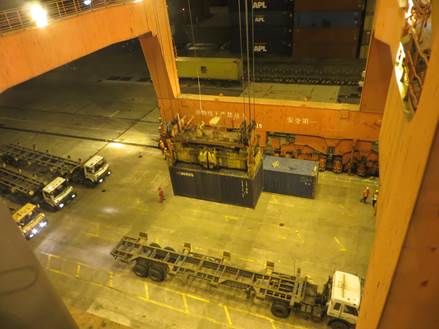 Abandoned cargo and containers are a perennial issue for the box-ship trade. For some reason, typically economic, the designated receiver fails to pick up the box and it then becomes an issue, incurring continued charges for storage, charges for the use of the box, as well as liabilities for the contents and their possible disposal.

There are also other reasons for boxes being abandoned, and these can prove more problematic. It has been noted that at times containers are used for smuggling purposes or contain illegal waste products. When such containers are abandoned they are unlikely to contain anything that could be auctioned off for an off-set against the cost of storage and disposal, or indeed any fines that the authorities may impose.

Who then has to take the responsibility can become a complex matter, as there are multiple parties involved, including the shipper, the freight forwarders, local shipping agents, the vessel, her operators and possibly further NVOCC(s). The parties will be linked by contracts, including charters, but also bills of lading (and indeed possibly multiple sets of bills of lading, with differing terms).

In a recent decision before the Chinese Supreme Court, a matter was determined as to who would bear the risk and cost of container detention charges. The case involved a claim between a carrier and a consignor. A container had been abandoned and very substantial charges were incurred which could not be offset by the sale of the contents.

The course of this litigation included two appeals, culminating in a decision by the Supreme Court, which placed liability on to the consignor in circumstances where the consignee had refused to take delivery of the cargo, in part this was because the bill of lading (and the contract of carriage contained therein) had not been transferred to the consignee.

While this outcome depended on the facts, it is at least some comfort to carriers picking up cargo from China.

Further details can be found in the case note from Hai Tong & Partners, republished alongside this advisory with their kind permission.

It will not be possible to predict if a particular box will fail to be taken by the receivers, and create this abandonment issue. It is, however, possible to take practical and contractual steps to manage the risks.

From a practical point of view, members will have likely experienced this situation before and it may be possible, over time to develop statistics that can guide as to what % of containers may end up being stored long term ashore, or even entirely abandoned. It is likely that any model for this issue will involve economic factors, seasonal factors, as well as the experience factor of specific ports and countries. Developing an understanding of the amount of boxes that may, statistically, be likely to become abandoned will help members budget for potential costs and put in place advance arrangements for dealing with such a situation.

That brings us to the legal consideration, and members will wish to ensure that any charter or bill of lading which they may be party to includes effective clauses that address the issue of who will bear the risk and liability of a box not being picked up in timely fashion, as well as provide for the right to lien, seize and ultimately auction of contents.

From an operational point of view, there has to be diligent follow up to ensure that boxes are not overlooked if they are not picked up, and it is noted early on that a box may become an issue. The earlier this is identified the better the following process can be managed, and cost consequences mitigated against.

The Association has previously advised that on the issue of containers full of illegal waste being abandoned, and members will also wish to have reference to this earlier advisory.

The Association is grateful to Philip Peng of Hai Tong & Partners, Beijing, for contributing to this update.