The phenomenon known as Parametric Rolling Movement (PRM) can cause a ship to roll at extreme angles of up to 30-40 degrees or more and may in extreme cases lead to capsizing of the vessel.

PRM mainly affects modern container vessels and car carriers which have hull forms with flared fore and aft decks. However, in quarter seas, when the sea is striking a ship's quarter at an angle of 45 degrees to its heading, PRM may occur with other types of vessels.

Abnormal rolling of a large container vessel to a sudden and severe angle is not only unsafe and uncomfortable to the crew, but may also result in damage to cargo, vessel's equipment, collapse of container stacks and eventually loss of deck containers overboard. According to the World Shipping Council PRM contributes to loss of around 1000 containers a year.

PRM occurs when the vessel is sailing in head or stern seas or with a small heading angle relative to the wave direction, and where the length of waves is about the length of the vessel and the encounter period of the wave is equal or close to half the ship's natural roll period.

In these conditions the vessel's underwater hull geometry is changing, and which leads to changes in the vessel's stability. The situation is especially prominent when the wave crest is amidship. As the waterplane becomes smaller the GM (metacentric height) value is reduced. The vessel will roll over to one side, but when the wave trough will reach amidship, the increased stability will push the vessel quickly to upright position. At this point the wave's crest reaches amidship position again and GM value is again reduced, and which results in rolling the vessel in the opposite direction. Once the vessel rolls to other side the wave's trough will reach amidship and push the vessel back in upright position. Provided that few consecutive waves will be of the same length the vessel will develop a parametric resonance. The rolling amplitude will increase until the point when dampening forces will be big enough to absorb the ship's rolling energy.

PRM may occur quickly just in only a few cycles and last a relatively short time. Nevertheless, this time would be sufficient to cause severe damages to the vessel and cargo.

Seafarers should be made aware of the PRM phenomenon and actions to be taken to avoid such situations. When accessing the PRM situation, the following should be considered:

In an area where PRM is highly likely to be encountered a proper look-out watch is always to be kept on the bridge. If the Master believes the vessel will experience PRM the vessel's speed and course should be altered so that the vessel will leave the dangerous zone.

Weather routing services may provide valuable assistance when calculating the wave encounter frequency for a given vessel and will give warning of areas with the potential of causing PRM.

Detecting equipment can be installed for determining the risk of PRM. The ship's crew should be properly trained to assess PRM situations.

The issue of PRM is duly recognised and addressed by IMO in the "Revised guide to the master for avoiding dangerous situations in adverse weather and sea conditions" (MSC 1228). 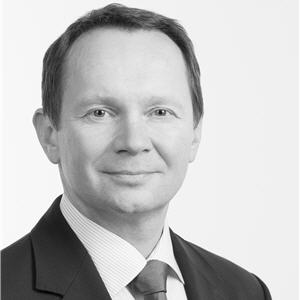