The Eems Solar: A lesson to be learned about stowage responsibility

The Eems Solar is a leading legal authority concerning the allocation of responsibility for stowage of cargo as between owners and charterers when such responsibility has been contractually shifted from one to the other [1].

The case involves a claim for damaged steel coils wherein investigations revealed that the steel coils had shifted due to the absence of locking coils. Thus, it was sufficiently clear that bad stowage had caused the damage.

The main issues in focus were: a) whether owners had exercised due diligence in ensuring that the vessel was seaworthy;, b) whether the owners had passed contractual responsibility for stowage onto charterers; and c) if yes, then whether such responsibility was also passed to the shippers/cargo receivers by way of incorporation into the BL, even though the charterparty only named "charterers".

The claimants argued that the owners were contractually liable for the stowage of the cargo. They further argued that the loss occurred was a breach of owner's contractual duty contained in Art. III, rule 2 of The Hague Rules, namely that "...the carrier shall properly and carefully load, handle stow, carry, keep, care for and discharge the goods carried", and that any contractual terms purporting to shift this duty to charterers / cargo interests would be deemed "null and void" by virtue of Art III rule 8. Finally, they argued that because clause 5 referred to charterers and not the cargo interests, such a transfer of responsibility could not be incorporated into the bill of lading.

The defendants argued that the vessel was seaworthy, and that they had successfully shifted their contractual responsibility for stowage to charterers and cargo interests through cl. 5a of the Gencon form 1994 [2] as incorporated into the BL

The court dismissed the claimant's case and ruled in favour of the defendant shipowner.

With support from the established principles in The Jordan II [3], the court dismissed the claimant's arguments that The Hague Rules, art III, rule 2 should take precedence over contradictory contractual provisions. The court ruled that, provided that the intentions of the parties were sufficiently expressed in the contract, Art III, rule 2 does not prevent the parties from allocating responsibility between themselves for carrying out and bearing responsibility for particular cargo operations. Rule 2 is to be construed as a specification of the terms on which the service is be performed if such obligation is undertaken. In this instance, clause 5 of the charterparty, which purported to shift the legal responsibility from the owner to charterers, was sufficiently clear and effective [4].

The Court concluded that the vessel was not unseaworthy, and that any unseaworthiness was a result of a failure to properly stow the cargo, for which the charterer was liable [5]. Whilst the owner could still be held liable if it can be established that the bad stowage was caused by a "significant intervention" by the shipowner or their servants [6] this was not the case in the matter at hand. (Interestingly, the Master and Chief Mate had prepared a stowage plan which also failed to provide for locking coils; the Court noted obiter that if it were proved the stevedores had relied on this plan in stowing the cargo, Owners would not have been able to avoid liability for bad stowage.)

Finally, the Court dismissed claimants' argument that the charterparty's lack reference to "shippers" or "receivers" or "cargo interests" should prevent Owners from being able to transfer responsibility for stowage to them. The general words of incorporation used on the reverse of the BL were sufficient to incorporate clause 5. Further, no manipulation of the clause was required to incorporate it into the contract of carriage contained in / evidenced by the BL. It was sufficient that the clause absolved Owners of responsibility, even though it had been expressly transferred only to Charterers (not a party to the BL) rather than shippers / consignees.

The Eems Solar has strengthened the contractual certainty with respect to allocation of responsibility for cargo operations in charterparty terms. The Courts will adhere and give precedence to clear contractual provisions which transfer responsibility for cargo stowage from owners to charterers, even if the vessel was rendered unseaworthy due to bad stowage. The chain of causation could however be breached by significant intervention by the shipowner or his servant [7].

From a practical and loss perspective, it is important that the parties' contract contains clear and unequivocal terms when distributing responsibility for cargo operations and that the charterparty is properly incorporated into the bills of lading. 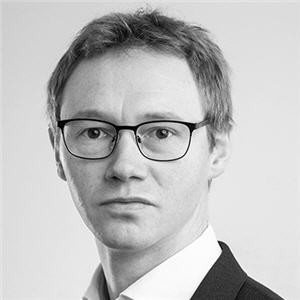