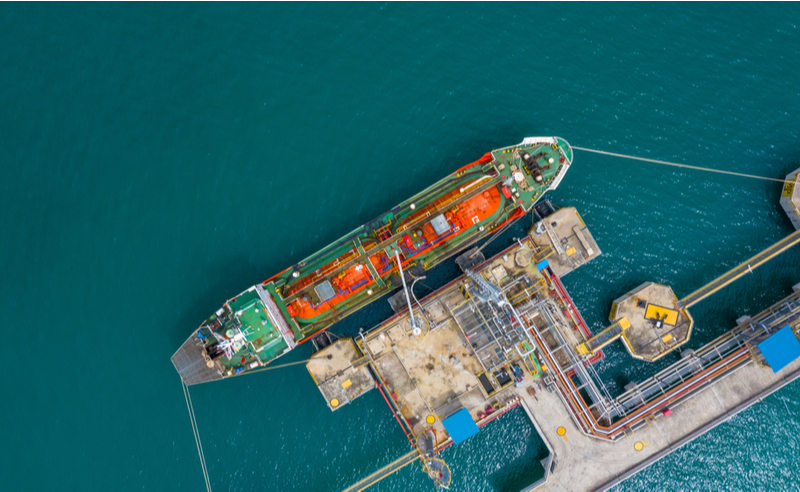 ASBAGASVOY 2020 – a new voyage charter for the gas trade

During the early days of gas transportation, gas-carrying vessels were built for long term time charters. In later years, the gas tanker trade has expanded rapidly. Shorter-term contracts and FOB sales are becoming more common, and as a result, a gas tanker spot market has emerged.

In the absence of a general standard form voyage charter for carriage of liquid gas, fixtures have often borrowed clauses from voyage tanker forms with varying success. Given the operational differences between the industries there has been a growing need for a dedicated gas voyage charterparty. In response, BIMCO and the Association of Ship Brokers & Agents (USA) Inc. (ASBA) recently released ASBAGASVOY with intended for use for LPG, anhydrous ammonia, and chemical gases.

ASBAGASVOY is a voyage charter where the shipowner provides a vessel for carriage of specified goods for a voyage between identified ports or between a range of identified ports. As such, the form is a key element in commercial fixtures between shipowners and charterers, as well as for transactions involving sale and purchase of liquified gas.

The new form is based on a revised ASBATANKVOY and represents an adjustment to one of the most used charterparties in the product tanker industry. ASBAGASVOY follows the same general lay-out and clause numbering as ASBATANKVOY and is meant to reflect, to the extent possible, the way the tanker form operates.

Below are some points to note regarding the features of the new gas voyage charter.

For example, because gas tankers often do not load to their maximum carrying capacity, the new form has removed the distinction between full and part cargoes from the cargo and voyage warranty.

Also, the reference to cargo segregation and deduction of freight for water and/or sediment content has been deleted as this is not relevant for gas tankers.

Another example is that provisions on deadfreight are amended to reflect that gas tankers are not loaded to their minimum permissible freeboard. ASBBAGASVOY provides that deadfreight is calculated on the basis of the difference between intake quantity and the quantity that would have been received if the agreed quantity was supplied, provided the vessel would have capable of carrying such quantity.

An essential purpose with the ASBAGASVOY is to provide clauses regulating technical issues unique to gas carriers. There are several examples throughout the new form.

Keeping the agreed temperature of the cargo is key to a successful voyage and this is reflected in a new Clause 4 requiring charterers to supply and the owners to discharge cargo at agreed upon temperatures.

Appropriate cargo description and vessel compliance is also provided for in an amended Clause 13 which contains a warranty from owners that they know the cargo's characteristics, handling and safety regulations, and that the vessel is compliant with requirements regarding crew, class and applicable law. Given the sensitivity of gas cargo, strict adherence is essential for safety on board and successful completion of the charterparty, and Clause 13 makes for an appropriate inclusion.

Another central amendment in ASBAGASVOY is the introduction of a presentation clause (Clause 18).

This provision is adapted to reflect different ways of presenting gas tankers and describes the required condition of cargo tanks and lines upon arrival at loading terminals. The form provides for three optional subclauses:

a) The default option, which is mostly relevant for LPG tankers;
b) Specific to pressurised gas tankers; and
c) The last option, named "other", allows the parties to fill in their own negotiated presentation clause.

Despite the intricate technical aspects of correct presentation of the tanks prior to loading, Clause 18 is short and generic. Thus, it will often be necessary for the parties to consider adopting more detailed clauses to supplement this aspect of ASBAGASVOY. In this regard, option (c) allows for the parties to easily implement additional particulars without conflicting with the form itself.

A few points to note when using ASBAGASVOY

ASBAGASVOY also does not include a Himalaya Clause. This is a contractual provision intended to confer a benefit to an entity not party to the contract in question. If such a clause is inserted in the contract of carriage, then the same limits, exemptions and defences enjoyed by the carrier are extended to third parties.

This is especially useful in preventing cargo interests from exceeding the limitations and defences of the Hague/Visby Rules (or similar cargo liability regime) by instituting proceedings against a vessel representative for whom owners must answer vicariously, for example the master, agent or commercial operator.

A voyage charter may at times operate as the contract of carriage between the parties. Thus, cargo interests may seek to claim under the charterparty instead of the bills of lading, and if so, a Himalaya Clause is useful protection for owners. As ASBAGASVOY has no such clause, this increases the risk of owners' liability exceeding the usual schemes for limitation.

Parties to ASBAGASVOY may consider accompanying the charter by using the customized bill of lading, ASBAGASBILL, which is based on the popular CONGENBILL 2016 form.

ASBAGASSBILL contains protective clauses seeking to reduce the carrier's cargo liability. The clauses are similar to ASBAGASVOY subclause 20(b), but also contain the IG Clubs/BIMCO Himalaya Clause for Bills of Lading and contracts 2014.

As mentioned above, a Himalaya Clause is useful to preserve the limits, exemptions and defences enjoyed by the carrier and extend this protection to relevant third parties acting on behalf of vessel owners. Many cargo claims are likely to be lodged under the Bill of Lading rather than the charterparty, and if so, the Himalaya Clause in ASBAGASBILL may prove useful.

It is worth noting that ASBAGASVOY also opens for the parties to use another bill of lading form than ASBAGASBILL, provided the protective clauses in subclause 20(b) are included. The Himalaya Clause from the ASBAGASBILL is not included in subclause 20(b), so if such protection is intended, the parties should ensure specific incorporation to that effect.

In summary, the widely used ASBATANKVOY has been broadly revised based on the general needs of the gas industry. Whilst several new and necessary features are included in ASBAGASVOY, such as the presentation clause and specific cargo handling provisions, the basic structure remains familiar.

Whether ASBAGASVOY will have the success of ASBATANKVOY remains to be seen. However, it appears that removing the unsuitable general tanker wording and inserting more appropriate provisions regarding cargo handling and vessel presentation will make the form easier to use in conjunction with rider clauses drafted for the specific transaction.

Although it often takes some time for a new form to be adopted, it is expected that the evolving gas spot market will welcome a custom-fit voyage charter.