This article is a follow-up to our article dated 8 March 2018 and it is a study of two recent cases.

When crude oil is extracted from the reservoir it will inevitably contain a certain amount of water and suspended solids. In order to minimise the quantity that needs to be transported most water and sediments are separated out at the production site.

As the product leaves the production site, the residual content of these unwanted impurities is measured as basic sediment and water (BS&W). Therefore, all unrefined crude oil has a percentage of water entrained within it, and during the voyage, separation naturally occurs with water collecting at the bottom of the tank beneath the oil, commonly known as free water (FW).

Sales contracts for unrefined oil specify the BS&W and FW limit to ensure the cargo entering the process is within acceptable quality parameters. The relevant amounts are stated by the shippers in the quality documents issued after completion of loading. Occasionally these amounts are heavily understated, resulting in cargo claims at the discharge port.

And given recent announcements of production cuts, a bullish sentiment will creep back into the oil market shortly. As oil price level and claims frequency are positively correlated, greater awareness is warranted.

Remarkably both occurred on the same route per VLCC, involving cargoes of five different grades all originating from Porto do Acu in Brazil to the Far East in February and March 2020.

In the first case, 4827.42 bbls of free water were detected after loading of three different grades. The quality documentation did not provide for any free water but for a BS&W of 0.2 %. However, the free water amount increased gradually and when the vessel arrived at her Far East destination, free water finally settled at 8766.66 bbls. The BS&W parameter was thereby significantly exceeded.

In the second case, 3414.11 bbls of free water were gauged after two different grades of cargo had been loaded. During the voyage, the total free water level increased further and finally reached 4422.37 bbls at the discharge port.

As both cases were notified to Skuld already shortly after loading and upon detecting levels of abnormal free water, precautionary measures were undertaken in order to meet potential claims at the discharge port. Consequentially, the usual letters of protest were addressed to the terminal. Jointly with cargo interests we collected samples of the free water as well as from the only other conceivable source of free water during overseas voyages, namely the ballast water. Also load port sea water samples were collected.

In the discharge ports, the receivers were invited for joint Ullage Temperature Interface (UTI) gauging and joint free water sampling was arranged.

Eventually, no claims were made by the receivers against the vessels, instead it was conveyed to Skuld that claims will rather be considered under sales contracts.

What can be learnt from this?

The water content of crude oil cargoes can vary greatly from field to field, and it may be present in large quantities for older fields or if oil extraction is enhanced using water injection technology. Reportedly, the water content changes continuously as the producing field depletes.

Therefore, it cannot be concluded that the BS&W parameters and free water accumulation remain constant at a particular loading place for any subsequent shipment. Also, the occurrence of free water is not restricted to certain loading areas only. Excessive free water may therefore occur in any grades loaded from any loading place. 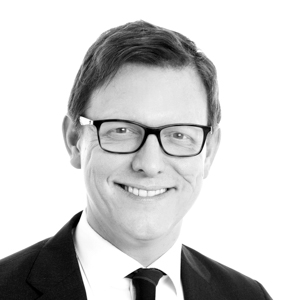