Liquefaction risks of nickel ore cargoes from Indonesia and the Philippines have been a long-standing prominent issue which require constant vigilance and review by shipowners and charterers.

Since 2010, the liquefaction of nickel ore cargoes has caused the capsize of seven vessels. The recent capsize of MV Emerald Star in October 2017 once again demonstrated the importance of strict compliance with the IMSBC Code (2016 edition) and the other relevant international conventions.

With the rainy season approaching, it is now a good time to revisit this issue.

General comments about nickel ore in the Philippines and Indonesia

The Philippines and Indonesia are the major suppliers of nickel ore cargoes. For the Philippines, the popular loading areas are Surigao, Tubay and Davao where the traditional dry season is usually from November to April. However, global warming and fluctuations in weather patterns have long since extended the rainy season and shortened the traditional 'dry season'.

Like the Philippines, the dry season for loading in Indonesia at ports such as Buli, Gebe and Pomalaa runs from November to April, but this too has been curtailed due to changing weather patterns.

One major difference between the nickel ore loading industries in these two countries is, however, that while IG Clubs have been able to establish close connections with their approved and qualified local correspondents/surveyors in the Philippines throughout the years, such connections remain less developed in Indonesia since the ban of nickel ore exports in 2014. This ban was only lifted in 2017. It will therefore take time to establish the same intelligence level as in the Philippines.

What is the IMSBC Code?

The IMSBC Code is the convention that governs the safe carriage of solid bulk cargoes. This became a mandatory instrument under SOLAS Convention in 2011.

To address any new risks arising from the carriage of solid bulk cargo/enhance the safety in such carriage, the IMSBC Code is revised from time to time to ensure any prominent risks to the crew and the ship are properly managed and safeguarded. The latest edition of the IMSBC Code was published in 2016.

What are Group A Cargoes?

Under IMSBC Code (2016 edition), solid bulk cargoes can be classified into three categories and among these, Group A cargo is that which may liquefy if shipped at a moisture content (MC) in excess of their transportable moisture limit (TML).

Is nickel ore a Group A cargo?

By its nature, nickel ore is a cargo which may liquefy if the MC of the material exceeds its TML. As such, this belongs to the Group A cargo under the IMSBC Code (2016 edition).

What sections of the IMSBC Code are relevant?

For easy reference we set out herewith the relevant sections of the IMSBC Code (2016 edition) below:

What are the shippers' obligations?

Shippers are obliged to:

Although the Code sets out shippers' obligations very clearly, in reality they were rarely complied with. For instance:

Skuld has prepared a guidance to Masters/local surveyors on what they should do when loading nickel ore. A copy of this guidance is attached.

It is a mandatory requirement for Members loading Group A cargo to notify their P&I Club to avoid any prejudice to their insurance cover.

When deciding whether or not to load the cargo, the Master should check for any red flags:

a) Rainy weather or typhoon seasons
b) Mines, stockpiles and barges not covered
c) Forged or inaccurate moisture content and TML level in the cargo certificates or declaration
d) Absence of proper loading facilities
e) Intimidation or death threats to local surveyors by local shippers or mines
f) 24-hour continuous loading and dumping of wet cargo at night
g) Long sea passage for the voyage

If any of the above exist, Members are strongly recommended to contact their P&I Club immediately and appoint the local correspondent, surveyor and/or cargo expert (where appropriate) to assess the situation. 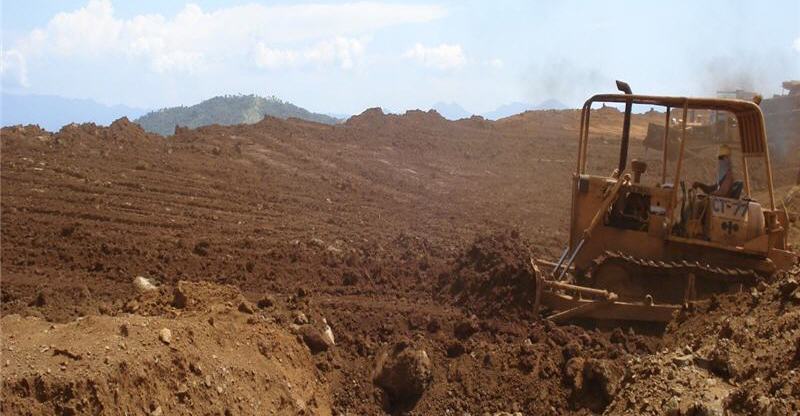 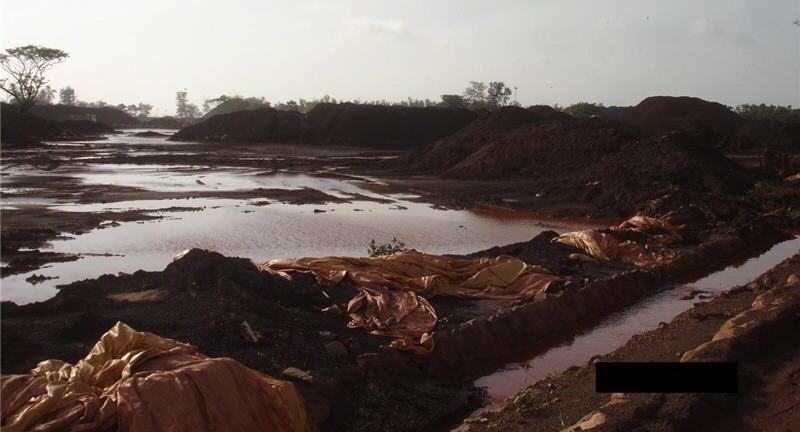 Stockpiles during typhoon or rainy season

What happens if loading has already commenced when these red flags emerged?

If red flags are evident once loading has begun, the Master should order loading to stop at once, and get the local correspondent and surveyor appointed via the P&I Club as soon as possible. In the worst-case scenario, the wet cargo onboard may have to be off-loaded; where off-loading is impossible, it may be necessary to arrange a cargo expert to see whether any measures can be taken to treat the cargo to bring it within the IMSBC Code parameters. A naval architect may also need to be involved since the liquefaction of cargo would have an impact on the stability of the vessel.

Needless to say, in such circumstances further delay and time loss will occur.

What is Charterers' obligation?

Having already examined shippers' obligations in loading Group A cargo, it remains apparent how difficult it is in reality to make shippers comply with their obligations. As such, if you are a Charterer in the charterparty chain, you need to understand your legal obligations and ensure that you have fully discharged them.

Under English law, the House of Lords decision The Giannis NK [1998] A.C. 605, held that dangerous cargo refers "to cargo which directly or indirectly causes some sort of physical damage to life, the ship or other cargo, or raises a threat of it, leading to delay and/or other expense for the carrier".

Generally speaking, a Charterer is under a strict liability only to load safe cargo onto a vessel even in the absence of any express terms/requirement in that respect. Pursuant to The Giannis NK, the "shipper undertakes not to ship goods which are liable to cause damage to the vessel or other cargo shipped thereon without giving notice to the shipowner of the character of the goods".

Meanwhile, as mentioned above, the Clause Paramount imposed an absolute liability on Charterers only to load safe cargo.

What are Owners' obligations?

Owners are obliged to provide a seaworthy vessel under the charterparty.

At the same time, Owners (being, in practice, the Master) bear the primary responsibility to allow only safe and compliant cargoes to be loaded.

BIMCO has recommended the following clause for solid bulk cargo that can liquefy:

Where this BIMCO clause is incorporated, Owners would be in a much better position since it does not only allow the Master to reject cargo at his sole discretion, but also that any delay or time loss whatsoever related to the cargo quality issues will arguably be on Charterers' account. Further (by virtue of paragraph (d) above) Charterers expressly agree to indemnify Owners for all the resulting losses. This clause would make Owners' lives much easier and a Master would be in a stronger position to reject off-spec cargo.

Charterers in the middle – time charter in and voyage charter out?

Even in the absence of the aforesaid BIMCO clause, the un-amended NYPE form imposes on time charterers the primary responsibility for loading, stowing and trimming the cargo. If shippers fail to provide accurate cargo certificates and the cargo liquefies, time charterers will also be liable to Owners under the express charterparty terms/breach of IMSBC Code and SOLAS Convention.

Furthermore, time charterers are under a general implied indemnity to Owners against the consequences of following time charterers' orders, including orders to carry a particular cargo.

As such, there are more than sufficient grounds on which an Owner can hold time charterers liable for their losses resulting from cargo liquefaction. That is probably the reason why Owners sometimes may not appoint a local surveyor to monitor the loading as they would have fairly high chance of success in passing any claims and/or losses down to time charterers.

By contrast, unlike time charterparty, English law does not generally find such an implied indemnity under a voyage charterparty. Thus, when time-chartering in the vessel, and voyage-chartering her out, the time charterers should incorporate the Clause Paramount and where possible, the BIMCO clause for solid bulk cargo that can liquefy (mentioned above), to maintain a back to back position.

To summarise, Members can now see that they should strictly follow the IMSBC Code, SOLAS, ISM etc., and the recommendations made by their P&I Club (and the IG). In loading this kind of volatile cargo Members should put their P&I Club on notice well in advance, as failure to do so could cause severe and adverse consequences, including the invalidation of the P&I insurance cover.

For example, the removal of off-spec cargoes itself cost several millions of US dollars; in the event of a capsize, the cost of the loss of life goes well beyond monetary terms.

Prevention is always better than cure.

In short, in view of the catastrophic outcome that a cargo's liquefaction can cause, Members should notify their P&I Club well ahead of time if they are going to load nickel ore cargoes. And Members should always act in accordance with the recommendations of their P&I Club - arrange a pre-loading survey well in advance so that local correspondents and surveyors can be appointed to guard against any bad cargo being loaded in the first place.

Meanwhile, at the stage of fixing the charterparty Members should ensure that all necessary protective charterparty clauses are incorporated and where there is any doubt, please contact your P&I Club at once for assistance.

Acknowledgment
The Association is grateful to Andrew Moore & Associates (Hong Kong), professional maritime consulting services, for contributing to this article.