Possession order in light of the Megacore Honami

A reminder for alternative enforcement action other than arrest is that of securing a possession order via an interim injunction, as was the issue in the 2018 case of The Megacore Honami [2018] EWHC 2790 (Comm). Here is a reminder of that case and how the resulting principles may be used in the future.

In this case the Owners found themselves defending an application for an interim injunction for possession made by the Security Trustee. The Owners had defaulted on a Loan Agreement, and under the financing arrangements (a ship mortgage and General Assignment), the Security Trustee was entitled to take possession of the vessel and its sister vessel The Megacore Philomena, which itself was subsequently arrested in Los Angeles.

After a period of hindered attempts of arrest in early 2018 the Court found that the vessel was essentially 'on the run' and had a 'renegade existence', including evading the Singaporean Navy and the Indonesian Marine Police. The claimants were successful in obtaining an interim injunction requiring surrender of possession of the vessel in Indonesia. The claimants were at the outset very clear that the purpose of the application was to enforce the possession order so as to sail the vessel to Singaporean waters, to trigger an arrest, and to ultimately effect a judicial sale.

At the return hearing the Owners contended that the merits, alleged non-disclosure in the application process as well as the claimants coming to the legal action with unclean hands, all justified the overturning of the interim injunction. Arguments such as inaccuracy in reporting by the claimants leading to fair presentations not being made in the Owners' defence were put forward. In addition, it was argued by the Owners that the Security Trustee acted in an overly aggressive and underhand way.

The Court upheld the injunction by stipulating that it could not resolve the disputes surrounding the events which took place in Singapore and Indonesia but that even if the Security Trustee were misinformed as to those events this did not come to the level of 'unclean hands'. In addition, the court found that the Security Trustee had not acted in an overly aggressive or underhand manner and there had been no breach of full and fair disclosure. Moreover the court emphasized that; "The true test though is, of course, whether, taking account of the mandatory nature of the relief and the degree of assurance the court feels as to the claimants' prospects on the merits, the grant or refusal of the relief sought carries with it the greater risk of injustice."

An interim injunction is, therefore, a useful tool to bear in mind when attempting to enforce possession if a vessel is going to great lengths to evade arrest. 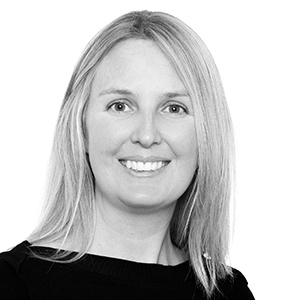