Skuld often receives queries from owner members who are requested to switch bills of lading. Although the practice is widespread, there is much confusion with regards to whether owners can comply with such request, how new bills should be issued, and whether P&I cover is at risk.

This article aims to highlight a few of the concerns owners should have for complying with switch bills requests, and we will seek to provide some practical guidelines on how owners can minimise the risks connected with switching bills.

The normal practice, albeit with countless variations, is that a bill of lading will be signed by or on behalf of the master and issued to the shipper once a cargo has been loaded on board the vessel. The shipper will, against payment for the goods, transfer the bill to the consignee, who at discharge port will present the same bill to the carrier and claim delivery of the cargo.

By switching bills of lading, the net result is that the bill of lading which is presented at the discharge port is not the same as the bill which was issued at the loading port. This should cause a number of concerns for a prudent owner, and we will discuss three of the main ones here.

The increased risk of misdelivering the cargo is perhaps the most common reason why owners are warned against agreeing to switch bill requests. If new bills are issued before the original set is cancelled and returned, there will be multiple bills of lading in circulation covering the same cargo. This is a horrible situation for an owner to be in. If a dishonest shipper has sold the goods twice over, two different consignees may be waving a bill of lading at the quayside claiming delivery of the same cargo, and the carrier may face a shortage claim equal to the full value of the cargo.

The risk of having multiple bills in circulation can be mitigated using electronic bills of lading, as e-bills can be amended while the goods are in transit without the need for issuing new ones. More information about e-bills may be found on Skuld's website.

There may be perfectly legitimate reasons behind a request for switch bills of lading, for example that there has been a change in the consignee's logistic plans so that the goods must be delivered at another port than first envisaged.

Other requests, however, should certainly cause the red light to flash for the owner. For instance, a request to issue new bills stating another port of loading than that which was the case is clearly aimed at concealing the true origin of the cargo, possibly in order to circumvent sanction regimes or evade import duty on the cargo. The same applies when requests are made to "top up" cargo at a second place of loading and issue new bills showing that all cargo was loaded at the second port, which is essentially nothing but a glossed-over variation of the same scheme.

Owners should also beware requests to issue ante- or post-dated switch bills. These bills may be used by the requestor to draw on a Letter of Credit with certain parameters set for when a cargo should be shipped; a procedure which the courts treat as akin to fraud.

By complying with a switch bill request when the purpose behind it is illegitimate, owners run a serious risk of becoming complicit to the requestor's crime. The repercussions may be devastating, not least for an unhappy owner who is caught plotting to circumvent a sanctions regime.

Although there is no express rule in the Skuld terms and conditions automatically depriving an owner of P&I cover because bills of lading have been switched, loss of cover is a potential ramification of not exercising due care when switching bills.

As an example, cover for cargo claims may be lost if the switch bill of lading which is issued is antedated, post-dated or contains a description of the cargo or its quantity which the member or an officer of the vessel knows is incorrect (rule 5.2.5). By the same token, cover for fines may be lost (rule 19.2).

If bills recording incorrect information are issued, discretionary cover such as cover for loss in respect of confiscation of the vessel by reason of custom laws infringements will be unavailable. This is because the member cannot be said to have taken all reasonable steps to prevent the infringement of the law or regulation.

Finally, Skuld sets as a condition precedent for any cover to apply that the member shall not knowingly allow the vessel to be used for illegal purposes (rule 28.2).

There may be weighty commercial reasons compelling an owner to comply with a switch bill request, and the owner may have agreed to comply with such request in the charterparty (though it is submitted that a charterer cannot force owners to agree to switching bills where the procedure is clearly part of an illegal scheme). Below follows a non-exhaustive list of precautions to take, to minimise the risks for an owner who for one reason or another has agreed to switching bills:

Owners are warned not to take lightly the risks connected with switching bills. Each request must be assessed thoroughly, and owners should avoid complacency in taking comfort from previous switch bill procedures that have gone well. Reassurances offered by a broker or a pool manager are of little worth; it is not their business which is at stake if a switch bill procedure goes wrong and the vessel is detained by customs authorities or arrested due to misdelivery of the cargo.

Members faced with switch bill requests are urged to contact their local Skuld office for further guidance and assistance. 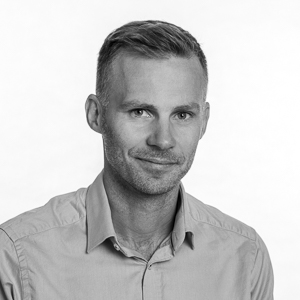