The EVER GIVEN, claims and cover implications from a charterer’s perspective

The EVER GIVEN casualty in the Suez Canal in March 2021 gave rise to numerous questions regarding the factors leading up to the grounding. However, our charterer clients have shown great interest in the potential impact on P&I and FDD cover and third-party claims in cases involving prolonged delay following a casualty or due to detention of the vessel. We shall present the default legal positions under English law, with particular focus to vessel delay and cargo claims in accordance with unamended NYPE 1946, Shelltime 4, Gencon charterparties and Congenbill bill of lading.

Under a standard time charterparty, a vessel would not be off hire for delay waiting to transit the Suez Canal. Consequently, the vessel will remain on hire throughout the delay and the charterer will continue paying hire.

Under a standard time charterparty, the Canal closure or congestion resulting from earlier delay, would not constitute breach by either party. However:

Under a standard voyage charterparty, owners are not entitled to additional freight, demurrage or compensation for delay waiting to transit the Canal. Additional provisions entitling the owner to payment in those circumstances may have been agreed, for example, a guaranteed transit time, however, that would be unusual. The Canal closure or congestion due to an earlier closure, would not result in breach by either party. However:

Delivery of cargo / Bill of Lading

P&I usually covers the assured's liabilities for damage to or loss of cargo according to the Hague Rules, or the Hamburg Rules when these apply by compulsory law. Therefore, it is unlikely that liability towards cargo interests will arise for natural cargo deterioration resulting from delay caused by the Canal closure, or for failing to deliver on time.

Under a standard B/L subject to the Hague or Hague-Visby Rules, the carrier generally should not be liable for delay caused by the Canal closure or by congestion resulting from such closure, on the basis that there is no breach of obligations under Articles II or III and that responsibility would be excluded under Article IV Rule 2. However, in certain jurisdictions unmeritorious cargo claims may succeed. For example, if soybeans deteriorate in part due to its inherent condition (if loaded with a high moisture content) and in part due to the delay, that claim may be difficult to defend in some jurisdictions.

Charterparty terms can be exceptionally complex, however, charterers should carefully consider the clauses agreed in their contracts, especially those related to payment of hire or freight and vessel delays resulting in liability for possible cargo damage or cargo deterioration.

How can Skuld help

Skuld P&I and FDD cover remains in place in circumstances similar to the Even Given case, with a dedicated claims team providing support during the handling of third-party claims, legal advice with regard to the underlying charterparty disputes, as well as ad-hoc drafting of charterparty clauses or contracts review. 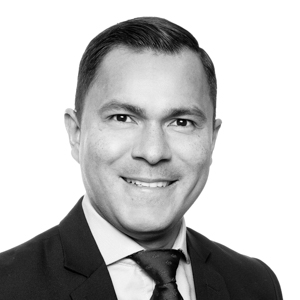