Depression, anxiety, and psychoses can occur as a singular issue; or an individual can have more than one of these conditions simultaneously. For example, studies have shown that people with depression also fit the criteria for anxiety between 44% and 75% of the time.

While many categories of psychosis exist, it is generally defined as a loss of contact with reality. When these issues occur in maritime workers, it can severely impact both the safety and productivity of the ship as well as having potentially serious consequences for the individual concerned. Therefore, it is important to recognise mental illness in crew members as early as possible.

Individuals may have controlled mental health issues or low symptoms prior to maritime work, but symptoms may be increased or come out suddenly once at sea. Multiple factors contribute to this: no set schedule (erratic sleep, increased stress), lack of social interaction and crew members who are unfamiliar with each other (thus increase for conflict), limitations on physical movements, and loneliness from loss of family/social life.

Additionally, the lack of familiarity between crew members makes mental illness more difficult to diagnose, because crew members are not familiar with an individual's base line.

How can we lessen the possibility of a mental health emergency in the first place?

It can be helpful for the company to engage with their crews and get to know them. Regularly checking in and encouraging open dialogue concerning their personal lives and stressors while on board can help counteract isolation and make it easier to communicate problems earlier, rather than later. Regular check-ins also remind crew members that there is a support system in place for them.

What would be initial signs of these mental disorders?

Initial symptoms of anxiety may include panic attacks, thoughts of being threatened, or extreme worry (as a reminder, many of these may occur at the same time). Symptoms of depression may not be as easy to notice at first. These include loss of interest in most activities, sleeping too much, constant fatigue or low energy, difficulty concentrating, and thoughts of worthlessness. Manifestations of psychosis can be more obvious: delusions (beliefs such as you are being followed, or you are a millionaire when you are not), hallucinations (seeing, hearing, or smelling things that are not present), or extreme agitation (angry demeanor, loud speech, pacing, gripping objects, frequent changes of body position, acts of pounding the walls or hitting themselves).

Should these events occur, what action must be taken?

Verbal techniques may be used first in attempt to calm; such as noting the crew member's feelings, listening to his or her wishes, and trying to come to a reasonable agreement – letting them know that violence and abuse will not be tolerated. This technique may be particularly helpful for a depressed patient.

A psychotic or agitated crew member may be the most difficult to calm down. At this point, it is considered a medical emergency. Radio medical advice should be utilized for assistance, and the P&I Club may be contacted as necessary.

It is known that people with mental health issues have an increased risk of suicide. If a crew member presents with psychotic, agitated, or extreme anxiety or depressive symptoms, the most important consideration is if they are a risk to themselves or other crew members. Does the crew member have a plan for self-harm? Have there been previous suicide attempts? Are they a risk to other crew members? If possible, place the crew member in a room without access to weapons; such as ashtrays, electrical cords, hot liquids, or medical supplies.

A safety plan may need to be put in place, for example having a 24/7 attendant with the crew member until relieved by an outside facility. Physical restraints should be avoided when possible and medical advice sought, until a time when the individual can be removed from the ship. The ship's medical locker may need to be utilized for chemical sedatives, such as diazepam.

Treatment and return to duty

Any crew member exhibiting mental illness symptoms (as explained above) needs an evaluation by a qualified mental health professional as soon as possible for non-life-threatening depression or anxiety, and immediately if suicide risk or psychotic episode are present. Untreated, the patient can quickly become a risk of harm to themselves or others. Individuals with depressive symptoms need to be evaluated for physical (medical) causes that can mimic depression: examples include thyroid issues, adrenal disease, anemia, or substance abuse.

A trial of medications used for both anxiety and depression may be started, but usually a four to six weeks trial is needed to determine if the medication is truly effective. Once an individual is regulated on medication, it may be possible for them to return to their ship duties, but this needs to be determined by a qualified medical professional.

In conclusion, observation and getting to know your crew can be the best assessment tool in identifying mental illness in crew members. It is a serious and common problem. When these symptoms appear, it is critical to have crew members evaluated to avoid dangerous escalation of cases. Repatriation should always be considered in cases of escalating symptoms of mental illness. Get medical help and/or contact your P&I Club immediately.

The Association is grateful to Sphere MD for contributing to this article. 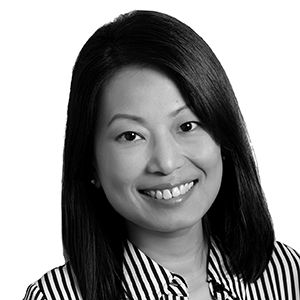