Stowaways found on board the vessel is an extra burden on the crew and despite many attempts to find an international solution, shipowners are often left alone providing for the stowaway and finding ways of repatriation. COVID-19 has rendered the shipowners' and crews' task to deal with stowaway cases even harder.

Some people flee from their country as they are or will be persecuted, some people are leaving in hope of finding better social security and living conditions.

The first group is rather easy to handle for the countries having ratified the 1951 Refugee Convention and the 1967 protocol. Any interview must be done within a strict framework, enabling the stowaway to explain the situation in their own words, without influence of any kind. Generally, this is done by the police. If there is an emergency, our correspondent can always assist.

The second group is people fleeing from their country for economic or social reasons. Despite the general improvement of living conditions around the world, many countries unfortunately experience a deterioration.

This will continue until all nations offer their citizens a prospect of decent life and generate hopes for the future. Unfortunately, we have seen a rise in young people risking their life to embark on dangerous journeys after having heard stories from repatriated stowaways who show off new clothes and sometimes, on top of it, financial gain. The result is an alarming trend for stowaways to increase pressure on shipowners to obtain money against stowaways' cooperation.

What we have learned from today's pandemic is that, although there was a slight reduction of stowaway activities in 2020, there is unfortunately an upward trend in 2021. This, in combination with disembarkation becoming even more difficult than before (and it was already complicated enough), has rendered stowaways repatriation more problematic and costly.

The reasons for the decrease of events in 2020 could have been the result of control and hygiene measures applied both at the ports and on board the vessels during the pandemic, accompanied by fear of becoming infected, which discouraged people from becoming stowaways. Unfortunately, since the beginning of 2021 there has been an upsurge where we have faced several instances involving a higher number of stowaways hiding on board, seeing up to six stowaways hidden in a single vessel's rudder trunk.

The added challenge for shipowners is the disembarkation of a stowaway. It increases the burden of the crew who may already be exhausted, some of them on board for more months than intended, and without knowing if and when their own repatriation will be possible.

Experience during the pandemic

With countries closing their borders due to the pandemic, an extra burden falls on shipowners and their crew to find ways to repatriate stowaways.

At the early rise of COVID-19, countries closed their borders completely, and this situation also applied to stowaways. Countries aimed to protect their citizens and implemented relevant hygiene barriers to avoid any further local contagion; the application of the Conventions/Resolution were secondary. When hygiene barriers were in place, we could sense more reluctance from the authorities to accept disembarkation of stowaways. Furthermore, time was needed to verify that the stowaway was not infected with COVID-19 which normally was not compatible with the vessel's tight schedule. Coordinating an acceptable repatriation schedule was difficult due to limitations in international transport. Even if disembarkation was done successfully, the stowaways were then stuck in the country of disembarkation while waiting for the borders to reopen. Accommodation and food were added to the total costs until reopening of the borders, which in certain cases took up to four months.

Indeed, extra work had to be done to find transport connections and countries willing to have transit through their territory. This is always a challenge during normal times but with COVID-19 restrictions, it has sometimes been impossible to find the right connection. Flight cancellations and border closings would happen overnight, creating delays and extra obstacles to deal with.

Another example of extra costs is where stowaways were discovered shortly after vessel departure and close to the port in which they came onboard. Before COVID-19, a stowaway could easily be transported back to his country of origin, but with COVID-19, costs have at least doubled. Due to borders closing and tighter rules regarding the flow of people between countries as well as the reluctance to be in physical contact with a foreigner, our correspondents have in some instances solved such situations by involving two launches, one from each country, meeting in the middle of the sea. Being regarded as the only solution, the launch owners set their prices high.

Another challenge happens when the stowaway is refused entry at the port of call. The crew will have to continue to take care of an extra person on board while still being responsible for the daily vessel duties.

Generally, a stowaway is confined in one cabin on board and should be allowed to get fresh air once or twice a day, depending on his/her behaviour. When a stowaway is spotted on board a common question of the crew is, what if the stowaway is infected with COVID-19? Who amongst the crew will volunteer to be in his/her company? Following the COVID-19 protocol, any space where the stowaway has been and any object touched, must be disinfected.

Communication with the stowaway normally is not easy or can even be impossible, as we rarely see fluency in English. Some stowaways become highly frustrated when the situation is not solved, and the vessel may call on several ports without a clear prospect of a possible disembarkation. The accumulation of isolation, limited access to deck, limited communication and no clear view on what will happen next, can result in increased anxiety. The stowaway might easily fall into despair. The crew must deal with it the best they can and this may affect them as well as the stowaway. We have also experienced cabin damage due to the long waiting time resulting in inappropriate behaviour of the stowaways where frustration results in violence and aggression. This just adds to the crew's stress. Although seafarers are known to be strong, resilient and dedicated, life on board is hard. Adding a desperate human-being to the equation affects the crew's spirit and their abilities to perform their duties on board which normally demand full commitment. With crew being distracted from its normal work, the safety of the vessel is at risk.

All in all, a situation with a stowaway on board is far from satisfactory. We may have an already exhausted crew who themselves were not able to sign off in due time, who had to deal with more responsibilities than normal, and on top had to deal with a human-being's psychological problems, which is not their primary competence.

Assistance from embassies and thanks to our correspondents

Having discussed many challenges, we would like to add that some embassies/consulates have been very helpful in providing additional assistance. As an example, and although prevented from going on board, they have accepted to conduct the interview with the stowaways by phone. This has helped save time and ease the procedure to issue the laissez-passer in many cases.

We would also like to thank our correspondents all over the world who are brave, dedicated, and eager to help our members to solve stowaway challenges in cooperation with the various authorities. 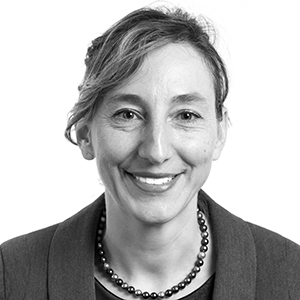