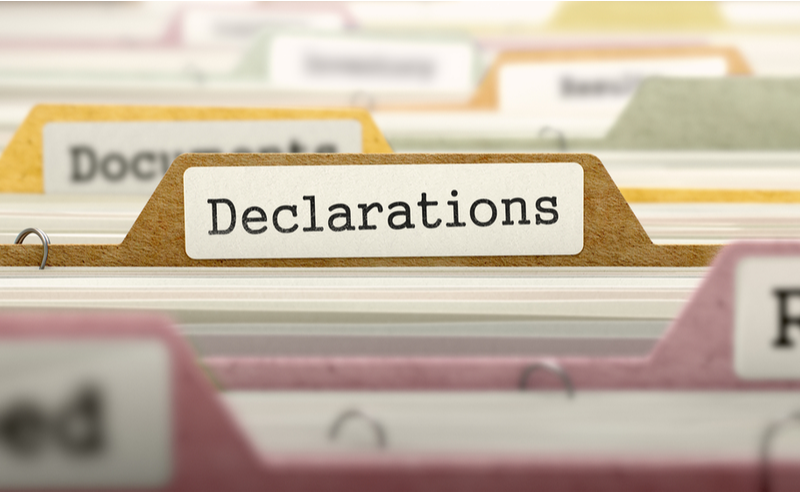 Dakar, Senegal: Recent developments in respect of fines and taxes

Historically, there have been situations where vessels have received customs fines and other types of fines when calling Dakar, Senegal, but recently this has become much more prevalent and with the amounts of such fines increasing substantially. Accordingly, Skuld wishes to direct members' attention to these issues and guide members as follows:

Any master whose vessel is due to call at the port of Dakar port must be well informed about the current situation. The master should also request the shipping agent to provide all information and assistance regarding the requirements of customs and immigration authorities in order to prevent being trapped in situations which may escalate into very expensive fines and also delays in the vessel's departure.

Three different types of fines may be levied against the ship and a new tax is also due from the owners or the carrier in respect of the cargo.

1. Customs fines levied in respect of an alleged incorrect declaration of any property on board the ship

Upon the vessel's arrival at berth and for boarding formalities purposes, customs authorities request the master to submit the cargo manifest together with the list of property onboard the vessel. Whilst initially this control was limited to cargo and consumables such as bunkers and lube oil, the scope of this control has been extended to other items such as bottles of foam, CO2 etc. for firefighting purposes and various other items carried on board for the safe operation of the vessel.

The apparent rationale behind these fines is that any undeclared property is considered by the Senegalese customs authorities as smuggling. The amount of the potential fine for undeclared or incorrectly declared goods ranges from two to five times the estimated value of the said goods. In view of the potential exposure, no error or omission in this respect should be tolerated.

Therefore, our recommendations to any master calling in Dakar are as follows:

(a) Prior to arrival at the berth, to request the shipping agent to provide in writing all customs' latest and current regulations in order to prepare all documents in advance and ensure that all is in order.

(b) To check thoroughly and accurately that all consumables on board the ship, including food, paint, stationary, crew personal effects and any other items have been accurately listed in the proper declaration form.

(c) In case of any doubt, ask for the agent and/or the P&I correspondent's assistance.

(d) To keep all declarations in one single file to be controlled again by the shipping agent before presenting it to the customs officer when coming on board the ship.

(e) To delay boarding of any authority until all documents have been thoroughly filled out and carefully checked, preferable with the agent.

(f) To ensure that the shipping agent is present on board at the time when the customs officer boards the vessel and that a professional welcome is extended to the latter during the customs inspection.

2. Customs fines for excess and/or shortage of cargo

Customs decided approximately a year ago to impose customs fines on any shortage or excess cargo discharged from all vessels regarding bagged, liquid and bulk cargoes, including wheat.

A special brigade has been set up by the Head of the Port Customs Authorities for this purpose.

Any fine is calculated based on the quantity and/or number of bags or weight recorded by the customs' surveyor upon completion of discharge.

Customs authorities generally appoint a survey firm to perform a tally or monitor the cargo for their account. It should be kept in mind that tallies of bagged cargoes are not made in the cargo holds but ashore alongside the ship before the cargo is loaded onto trucks as agreed by the Senegalese surveyors' board.

The fine is imposed on the basis of the local market value of the cargo including VAT if the cargo is recorded in excess and/or short delivered by the tally company appointed by the customs authorities.

However, from experience, the amount of the fine is generally subject to negotiation with the P&I correspondent. Negotiations in respect of such fines are to be made and in principle finalised before the vessel's departure.

In order to prevent or minimise exposure, it is recommended that if a draft survey is required to be carried out, all parties should be invited to attend.

Even if some parties decline this invitation, the findings shall be deemed opposable to them.  Additionally, it is highly recommended to perform a tally for bagged cargoes or a monitoring survey concerning bulk cargoes.

Whilst such preventive steps may not eradicate exposure to a customs fine, it will assist the shipowner and the P&I correspondent by providing arguments when discussing and negotiating the fine with the authorities as set out above.

In recent cases it has been noticed that during change of crew, immigration authorities have attempted to impose fines for alleged inaccuracies related to documentation provided in respect of crew change and so far, such fines have been successfully resisted.

We therefore encourage masters and owners to always carefully check the documentation submitted in respect of the crew in order to ensure that there is no discrepancy between the official documentation, including travel documents, and the information recorded on any application and/or form to be submitted to the immigration authorities.

Whilst Port State Control in Dakar is so far performed to a lesser extent than in some other  countries in West and Central Africa, it should be kept in mind that such controls can be  performed at any time during the vessel's call and especially in case of occurrence of any  noticeable event.

The directorate of the Merchant Maritime Administration is known as ANAM (Agence Nationale Des Affaires Maritimes). Since 1 January 2020, ANAM is the Administration in charge of collecting traffic rights (locally called ANAM taxes) through shipping agents calculated based on exported and/or imported cargoes by ships in accordance with a regional directive issued by the ECOWAS Regulation N° 003/2019/COM/UEMOA dated 4 March 2019. Such taxes are to be paid by the owners and/or the carrier of the cargo.

As per this UEMOA regulation, these taxes shall not be reverberated directly or indirectly to the cargo.

Whilst the implementation of this tax was initially fiercely resisted by most of the liners' agents, this tax is now fully in place and fully recovered by ANAM against the shipping agents.

It is therefore recommended to any operator fixing contract related to cargo to be loaded and  or discharged in Senegal to obtain from the port agent in Senegal, the amount of taxes which would be due in respect of the concerned cargo.

The Association is grateful to France P&I for having contributed to this article.