The demand for low sulphur fuel oil has steadily increased over the years, concurrent with the changing and more stringent requirements of the International Convention for the Prevention of Pollution from Ships (MARPOL) concerning air pollution.

Low sulphur fuel oils (LSFO) typically have a higher content of catalytic fines (cat fines) than high sulphur fuels, as fines end up in the low-sulphur by-products from refining processes and the by-products are blended with residual fuels to reduce their sulphur content.

Engine manufacturers generally recommend a maximum of 15 ppm level of cat fines in the fuel entering the engines. As this level is significantly lower than the levels specified in the ISO Standards, it is essential to ensure adequate fuel handling and purification equipment and procedures are in place onboard to effectively bring the levels of cat fines in the fuel below 15 ppm.

Included below is a summary of recommendations on what the vessel should do to reduce the risk of damage to engines due to catalytic fines in marine bunker fuel [1] (Joint Hull Committee JH2013/006).

Before delivery of bunker fuel

It should be ensured that sufficient numbers of empty and clean tanks are ready to receive the new fuel and that there is sufficient existing fuel onboard to allow time for testing and receipt of analysis reports, in order that engineering advice can be acted on before the new fuel is used.

Drip samplers and equipment needed for taking representative samples of the fuel during bunker should be prepared and ready for use.

During and after bunkering

Newly received fuel should, as far as practicable possible, be placed in empty tanks and blending of different parcels of bunkers should be avoided. If blending is unavoidable, it is strongly recommended that compatibility tests are carried out in advance of the fuels being blended.

Water and settled bottom sediments from fuel storage, settling and service tanks should be drained frequently. Settling and service tanks should also be cleaned regularly, at least once a year, to avoid long term build-up of cat fines and sediments at the bottom of the tanks [2] (Maurstad Marine Consult 2018). Cleaning of fuel oil storage tanks (bottom tanks) should as a minimum be done during each dry docking.

Fuel oil settling tanks should be drained for water at frequent intervals during periods of operation on heavy fuel, as cat fines are hydrophilic (dissolve/mix with water).

It is essential that oil drained from the fuel oil backwash filters is not reintroduced into the fuel treatment system.

Never by-pass fuel filtering equipment! It could result in introduction of contaminated fuel to the engines.

It is recommended that ship's staff treat all residual fuel oils as if they contain cat fines. Bunker management plans should be available onboard the vessels and it must be ensured that responsible personnel is sufficiently familiarized and trained to fully and independently operate and maintain the fuel handling and treatment systems and that ship officers are familiar with requirements and recommendations by owner, operator and Industry Standards.

Take regular oil samples from the fuel oil settling- and service tank(s) and forward these to laboratory for analysis. The results received will give an indication of purifier performance and condition of fuel oil fed to the engine(s).

If ship's engineers see any signs or have suspicions that damaging levels of cat fines have entered the engine(s), they must take immediate actions necessary to prevent damages or escalation of damages in the vessels machinery. In the event cat fines have contaminated the low-pressure fuel oil system. – also the low-pressure fuel oil piping system must be thoroughly flushed [2].

The cargo vessel was on a laden voyage when heavy smoke started rising from the funnel. Her main engine was stopped and inspections revealed scratch marks and cracks in one of the cylinder liners. A new piston was fitted and the voyage continued to the destination port. On arrival, further inspections revealed cracks in another cylinder liner, worn piston ring grooves and broken / seized piston rings, despite the units only having 1000 running hours. 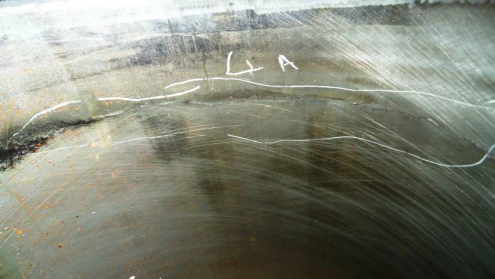 High and low sulphur Heavy Fuel Oil (HFO) had been bunkered recently and samples had been sent for testing. The Aluminium + Silicon level in the fuel was found to be high, but within the ISO specification. An attention warning was given by the fuel testing laboratory on how to handle and pre-condition the low-sulphur fuel before entering the engine.

The vessel's engineers increased the temperature and lowered the feed rate of separators, but did not run separators in series, as advised. One separator was running while the other was kept in stand-by.

Investigations revealed that the primary cause of the very costly engine damages was the failure in correctly handling and purifying the fuel in order to reduce the presence of cat fines to the level recommended by engine manufacturers. 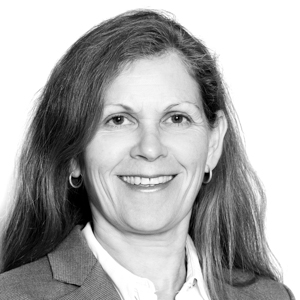