Fumigants are the preferred choice in avoiding insect population when transporting agricultural products in bulk by sea. However, fumigants are often at least as poisonous to humans as to the pests against which they are used, and it is of crucial importance that fumigation operations are placed in the hands of qualified operators.

Sadly, Skuld notes that fumigants continue to cause injury to and take lives of seafarers. By this brief article, we wish to raise awareness about the possibilities of fumigants entering accommodation, engine rooms and other working spaces in the ship and how this can be avoided.

Fumigants are pesticides, or mixtures of pesticides, that act in a gaseous phase even though they may be applied as solid or liquid formulations from which the gas arises. Effective and safe use requires the space being treated with fumigants to be rendered gastight for the period of exposure. A "fumigator-in-charge" should be designated by the fumigation company, government agency or appropriate authority and provide the Master with written instructions on the type of fumigant used, the hazards to human health involved and the precautions to be taken.

Prior to loading, the fumigator-in-charge shall inspect and/or test the empty cargo hold(s) for leakage with instruments so that proper sealing can be done. The fumigator-in-charge, accompanied by a trained representative of the Master, should determine whether the cargo holds to be treated are or can be made sufficiently gastight to prevent leakage of the fumigant into the accommodation structure, engine rooms or other working spaces.

The task of ensuring cargo hold(s) integrity should not be taken lightly as this operation is key to ensuring crew safety. The company should establish procedures, plans and instructions, including appropriate checklists, for key shipboard operations concerning the safety of the personnel, ship and protection of the environment. The various tasks should be defined and assigned to qualified personnel, and the vessel should have procedures in place in their safety management system on how to handle fumigation jobs onboard.

We strongly recommend that special attention is given to potential leakages from and/or through:

After application of the fumigant, an initial check should be made by the fumigator-in-charge together with trained representatives of the Master for any leakage which, if detected, should be effectively sealed. Ventilation procedures on board the vessel during the voyage should be scrutinised with regards to the possibilities of drawing in the fumigant gas such as by incorrect ventilation procedures and settings, vacuum creation due to incorrect closing devices or flap settings, air condition and closed loop ventilation of the accommodation.

Only when the Master is satisfied that all precautions detailed in the "Recommendations on the Safe Use of Pesticides in Ships" in the IMDG Code are adhered to, the vessel may sail.

Throughout the voyage, gas concentration safety checks should be performed by crew trained in operating relevant instruments in all appropriate locations at eight-hour intervals, or more frequently if so, advised by the fumigator-in-charge. These readings should be recorded in the deck logbook.

To ensure safe and effective fumigation, "Recommendations on the Safe Use of Pesticides in Ships" in the IMDG Code must be referred to and strictly followed, as well as any applicable laws and regulations as imposed by the flag- and port states, together with the manufacturer's instruction for the fumigants. The personnel involved in the fumigation operations, including the Master, the crew and the fumigators must be familiar with these Recommendations.

In case any symptoms of phosphine poisoning occur, such as nausea, vomiting, headache and cough, the person should leave the compartment and seek medical advice immediately.

Sadly, Skuld continues to experience fatalities taking place due to fumigants having entered areas occupied by crew via cable locks and ventilation systems. Such incidents occur both on newer and older tonnage, and the issue therefore commands the attention of all shipowners. 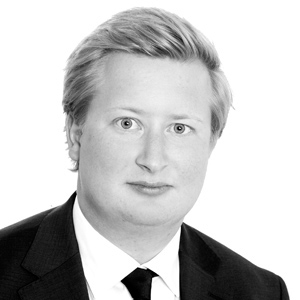