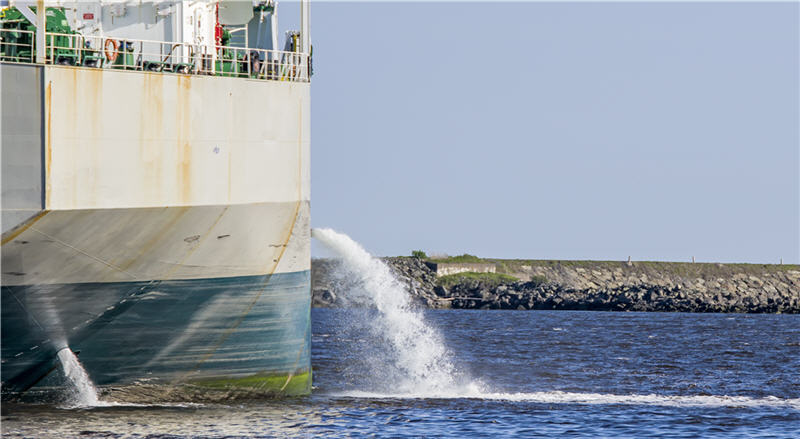 A brief guide to US Ballast Water Regulations, the Vessel General Permit and the 2018 Commercial Vessel Incidental Discharge Act

Ballast water is of crucial importance to the safe operation of ships by reducing hull stress, maintaining stability and improving propulsion and maneuvrability. However, ships' ballast water may also contain alien marine organisms which establish themselves in the host environment, threatening the survival of many native species and creating a public health hazard in surrounding communities. According to the International Maritime Organization (IMO), "the spread of invasive species is now recognized as one of the greatest threats to the ecological and the economic well-being of the planet".

Global recognition of the problem was slow to develop, but eventually led to the 2004 Ballast Water Management Convention (BWMC), which entered into force in 2017. Currently there are 81 BWMC signatory countries comprising over 80% of the world's tonnage. The United States is not a party to the Convention, but rather – as is often the case – developed and implemented its own legislation to control the introduction and spread of invasive species in US waters. The two regulatory schemes are not uniform; the current US regime is generally considered to be more stringent and prescriptive than its IMO counterpart. A detailed comparison of the two regimes is beyond the scope of this article, but major differences include testing and verification protocols to prove ballast water management system efficiency, the methodology for evaluating the effectiveness of the systems, and the schedule for compliance.

Development of the US legislative framework

The US legislative framework for controlling invasive species is not new. The 1972 Clean Water Act and its subsequent amendments ("CWA") declared "a national goal that the discharge of pollutants into the navigable waters be eliminated by 1985". The CWA prohibited the discharge of any pollutant from a point source into navigable waters of the United States without a National Pollution Discharge Elimination System (NPDES) permit. A "point source" was defined as "any discernable, confined and discrete conveyance, including...[a] vessel or other floating craft, from which pollutants are or may be discharged" [1]. A pollutant is defined as, inter alia, "biological material", which includes invasive species [2].

Even though the NPDES was instituted in the 1970s, a lack of attention from Congress and the environmental community about the risk of live organisms from ballast water discharges kept the CWA from being used to regulate the practice. Moreover, the US Environmental Protection Agency (EPA) specifically exempted from the NPDES any "discharge incidental to the normal operation of a vessel". This broad exemption included the discharge of ballast water. Based on this administrative exemption, the EPA declined to take on the regulation of ballast water, leaving it to the US Coast Guard to assume this role under the authority of the National Invasive Species Act (NISA), as amended by the Non-Indigenous Aquatic Nuisance Prevention and Control Act of 1990 (NANPCA). However, in 2005 a US federal court found that Congress' clear intent was "to require permits in any situation of pollution from point source" [3] and ordered the EPA to drop the exemption. As a result of the court's decision, responsibility for regulating ballast water is currently shared by the EPA and Coast Guard. In compliance with the court order, the EPA issued its first Vessel General Permit (VGP) in 2008 and subsequent versions have included water quality standards for ballast water.

Both agencies have worked closely together to develop, implement and harmonize requirements and standards under their respective statutory mandates, and the 2013 VGP is generally consistent with current US Coast Guard ballast water regulations. Both set specific numeric discharge limits and technology standards. However, the Coast Guard requires ballast water management systems to be type approved and may grant extensions of the compliance dates in certain cases, while the EPA has no power to grant extensions; instead the EPA issued an "Enforcement Response Policy" in 2013 which stated that for vessels operating pursuant to a Coast Guard extension which are in compliance with the VGP, non-compliance with the VGP ballast water numeric discharge limits would be considered "a low enforcement priority". This leaves considerable room for uncertainty about enforcement policy and is clearly an unsatisfactory solution for shipowners. Another significant difference between the regulations relates to recordkeeping and reporting. The VGP imposes a responsibility on dischargers to conduct self-inspections and monitoring and to submit annual reports, whereas the Coast Guard requires mandatory reporting and mandates a system for receiving and maintaining those reports, coupled with an active inspection practice for assuring accuracy of reporting and compliance with the regulations [4].

The regulations apply to non-recreational vessels, US and foreign, that are equipped with ballast tanks and operate in US waters, subject to limited exceptions [5]. Foreign vessels in innocent passage through the territorial sea of the US are not subject to the regulations.

Vessels to comply with one of the below standards

The regulations require vessels to comply one of the following ballast water management standards:

Vessels may be allowed to discharge ballast water which does not meet the regulatory requirements due to safety or stability concerns in areas other than the Great Lakes and certain other designated waters [8]. If an approved BWMS is installed, the vessel may be allowed to employ one of the other BWM methods specified in the regulations. In such event the vessel must discharge only the amount of ballast water operationally necessary to ensure the safety and stability of the vessel, and make records available to the Coast Guard on request.

Under the current US regime, individual US states are entitled to develop and implement their own ballast water management regulations. California, New York and Michigan, for example, have enacted ballast water legislation that imposes more stringent standards than federal law. This has led to a complex and confusing regulatory system with overlapping and inconsistent rules and regulations, and is arguably the most serious shortcoming in the current US regime.

Proposals to eliminate the duplicative rules

The US maritime community has called for legislative proposals to eliminate the duplicative rules and provide a more predictable regulatory environment for ballast water and other vessel incidental discharges. In response, on 4 December 2018, President Trump signed into law the Commercial Vessel Incidental Discharge Act (VIDA), which repeals the 2013 VGA and amends the US Clean Water Act to establish uniform national standards for the regulation of discharges incidental to the normal operation of a commercial vessel in US navigable waters, including ballast water.

Under VIDA the EPA is charged with primary responsibility for establishing performance standards relating to the discharge of pollutants from vessels, and the Coast Guard is given responsibility for prescribing, administering and enforcing regulations in respect of vessel management practices, design, construction, testing, approval, installation and use of marine pollution control devices that are consistent with the EPA standards. The EPA regulations must be promulgated no later than 4 December 2020 and the Coast Guard must start enforcing the regulations within two years from the date they are published by the EPA, or no later than 4 December 2022. Although the legislation originally proposed in the US Senate would have eliminated the dual EPA/Coast Guard authority and made the Coast Guard the sole regulatory agency for ballast water management, pressure from environmental groups resulted in the retention of the dual regulatory system. This has raised concern among some industry groups that the EPA – an agency whose mandate is primarily concerned with land-based pollution and which has little experience with the maritime industry – may set unrealistically high compliance standards.

The existing 2013 VGP will remain in full force and effect beyond its expiration date until the EPA and the Coast finalize the VIDA regulations. The VGP currently permits five types of "general effluents" and 27 "specific discharge categories". The new regulations must be at least as stringent as the current VGP in respect of corrective actions, inspections, monitoring, reporting, recordkeeping and vessel class-specific requirements. VIDA requires discharge standards based on the best practicable control technology available, the best conventional pollutant control technology, or the best technology that is economically achievable, depending on the type of pollutant being regulated. It is expected that wash water from Inert Gas System scrubbers on tank vessels will be added to the discharge categories under VIDA.

On a positive note, VIDA generally pre-empts states from setting or enforcing state-specific ballast water management regulations which are different from those established by the EPA and Coast Guard; however, states may petition the EPA and Coast Guard to establish emergency orders for invasive species and water quality concerns, and states in certain regions, such as the Great Lakes, may develop enhanced performance standards subject to EPA and Coast Guard approval. VIDA also provides certain exemptions from ballast water exchanges for vessels operating between ports in Pacific Coast states or between those states and the Pacific coasts of Canada and Mexico.

Considerable effort will be needed to ensure interagency cooperation and a balanced approach to the new regulations by industry and environmental groups and the affected US states. It remains to be seen whether VIDA will accomplish its goal of achieving a uniform and realistic national standard for ballast water and incidental vessel discharges that are part of normal vessel operations.

[2] 33 U.S.C. § 1362(6). "Aquatic nuisance species" are defined as "a nonindigenous species that threatens the diversity or abundance of a native species" or the ecological stability of waters of the United States or waters of the contiguous zone or the commercial, agricultural, aquacultural or recreational activity that is dependent on those waters.

[7] This compliance method is not available to vessels that have passed their compliance date for installation of an approved BWMS . Vessels may also use an alternative management system (AMS) that was installed prior to the vessel's compliance date. The AMS must have been approved by the flag administration pursuant to the standards set forth the in the 2004 Ballast Water Convention, and is valid for a period no longer than 5 years from the compliance dates set forth in the regulations.