A recent judgement in the English Commercial Court has brought clarity to whether a shipowner, faced with a cargo damage claim, following delay by the charterer to discharge the vessel within laytime, can recover those losses from the charterer.

The case, The Eternal Bliss [2020] EWHC 2373 (Comm), before Mr Justice Baker concerned a voyage charter of 70,133MT of soybeans on Norgrain terms and loaded in Brazil for discharge in China. After the vessel arrived in China, she waited at the anchorage for 31 days due to congestion and lack of storage ashore. Upon discharge it was found that some of the cargo was damaged with mould and caking. Owners settled the cargo interests' claim for USD 1.1 million and then sought to recover those losses from charterers in arbitration, however, a preliminary point of law was referred to the Commercial Court.

In particular the court was asked to determine in circumstances where there was a breach by charterers to discharge within the time specified in the charterparty, whether it was sufficient for owners to simply identify a different type of loss beyond that of the loss of use of the vessel as freight earning unit, or, whether owners needed to also demonstrate a different type of loss and a separate breach by charterers.

However equally, there had been much debate in leading texts and academic papers around this subject and as such there was some "...long standing uncertainty..." on the point, as Baker J put it.

After much analysis of previous authorities and those leading texts and papers, Baker J, concluded that The Bonde was wrongly decided. Whilst a full review of Baker J's analysis is beyond the scope of this article, he concluded that the analysis by the judge in that case "..... was premised on the faulty reasoning...". Baker J also concluded that previous cases had "...distracted from the underlying arguments of principle that ought to drive the answer...".

Following his analysis, Baker J, in quite a lengthy judgement, held that owners were entitled to recover those losses which were different in type to the loss of use of the vessel and without needing to identify a separate breach.

The matter was then referred back to the arbitration.

Of course, despite this legal avenue now being open to an owner, there will still be causation hurdles to overcome. An example of the sort of issues that might arise would be where in addition to a lengthy delay there were breaches of owners obligations to care for the cargo, perhaps by the introduction of sea water onto the cargo via a leaky hatch coaming.

Nonetheless, this is an important decision and paves the way for owners to now recover separate losses from charterers following delay and where, previously, this was not possible. Given the recent delays we have seen in ports around the world due to COVID-19, one might expect that that we will see an increase in the number of owners seeking to make such a recovery. 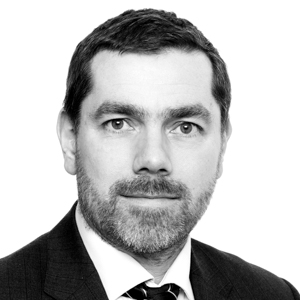