This article looks at the main types of liability regimes we frequently see, provides some guidance on how to identify which type you have in your contract, and offers some advice in relation to improving your contractual position.

Liability regimes in offshore contracts have incorporated the knock-for-knock [KFK] principle since the early days of North Sea exploration. Broadly speaking, KFK clauses set out that each party is liable for loss of or damage to their property and personnel, regardless of any fault or negligence of any other party. In this way, exposures are quantifiable, insurance isn’t duplicated meaning costs are saved, and extensive and costly litigation on liability becomes unnecessary.

However, over the years, and particularly recently, this position has been encroached upon, with alternatives to and less clear-cut versions of the KFK principle emerging. These can be designed to look like a full indemnity regime but, in the cold light of day following a significant incident, may potentially be found wanting.

Although most offshore contracts include some sort of KFK regime, it is not a universal principle. Some countries do not recognise KFK regimes, and some are reluctant to apply them when they are set out in a standard form contract which shows no sign of having been negotiated and specifically agreed by the contract parties.

In those circumstances, liability will typically be dealt with in the traditional, ‘fault based’ way – that is, the party at fault for the incident has to bear their liability and, where there is fault by a number of parties, each bears liability in line with their degree of fault. An example of such a clause is the following:

While fault based liability regimes do have the benefit of an ease of comprehension (one criticism frequently levelled at KFK regimes is that it doesn’t make sense to ask an innocent party to pay for the fault of another), that simplicity often results in lawyers becoming involved to resolve the issue and the apportionment of fault. That is because in almost every offshore incident there will be a degree of fault from a number of parties. This results in the apportionment of liability having to be either agreed by parties or assigned by a court or tribunal, which is at best a time-consuming process and, at worst, an extremely lengthy and costly one.

In addition, in a crowded offshore field, there is often a large number of vessels, units and expensive infrastructure in place. Insuring against potential liabilities for those things could be a costly exercise, and one which will also be carried out by other contractors, leading to significant duplication of insurance.

The ‘alternative’ full liability regime we most commonly encounter is probably best characterised as a “released contractors” clause. These provisions are designed to look like a full liability regime and, on a casual reading, they can come across as such. However, when looked at more closely, it quickly becomes apparent that these clauses are not nearly as robust as they may initially have appeared.

The issue with such an arrangement, however, is that there is no contractual connection between contractor and any of the other contractors. This means that, should there be an incident and involving any of these parties, there is no direct contract between them which can be pointed to with a view to enforcing.

Some contracts attempt to enhance this regime by incorporating third party rights legislation (for example, the English Contracts (Rights of Third Parties) Act 1999) which alters the concept of privity of contract and allows a third party to a contract to enforce a right in their favour which exists in that contract. However, this relies on such a law being applicable in the relevant jurisdiction, the indemnity provisions being sufficiently similar that the wording of the ‘released contractor’ clause can apply, and the court or tribunal finding that it does apply.

In short, while it is possible that such clauses could operate effectively, they do not give the contractor (or the insurer) nearly the same level of certainty as a true KFK does.

While MHHs are in some ways similar to ‘released contractor’ clauses, what they offer is more robust and certain. While the company at the top of the chain does not provide an indemnity in respect of their other contractors, they put in place a contractual indemnity annex, to which all other contractors are required to formally sign up. The effect of this is that the clear contractual nexus for enforcement which is missing from a ‘released contractor’ clause is present, providing the desired certainty.

That said, these clauses do come with a downside – the additional administrative burden they create. For MHHs to be effective, each party operating in the project or field has to sign up to them. For a contractor, this means ensuring that a similar annex applies to their subcontracts, and their subcontractors pass it on to their subcontractors, and so on. All these documents then have to (ideally) be collated by the company at the top of the chain, who has to try and ensure that all other parties have signed up to it, too, which is no mean feat in a busy offshore environment.

A true KFK regime is a very straightforward arrangement, with each party to accept liability for its own property and personnel, regardless of any fault or negligence. When these clauses are in their true form, they can be dealt with in relatively short order.

However, when a KFK is styled in this way, it is very important to pay attention to the party definitions – ideally, what you want to see is a Group definition(1) for each which encompasses all those over whom the party can exercise some contractual control.

Where indemnities are framed in this way, and that is also followed through in contracts with subcontractors (back-to-back contracting is essential for the KFK regime to operate seamlessly), then a very clear indemnity regime is in play across the field. This has the advantage of meaning that parties know exactly what their exposures are, and can then arrange cover accordingly, without fear of duplicated insurance.

Unfortunately, model KFKs are becoming somewhat less common, with parties at all tiers of the contractual chain trying to pass on liability to those below them. This has led to a significant increase in the number of liability sections which have a KFK at their heart, but numerous carve-outs from that, each of which pass on additional risk and exposure.

As these clauses are framed around a KFK agreement, they do have the benefit of certainty. However, as they deviate from pure KFK terms, they fall outside the scope of poolable cover, and will therefore require an additional cover to be purchased to respond (if it is possible for the risk to be covered by the P&I suite of covers at all).

Every year, our team of specialist offshore contract lawyers peer review several hundred liability and indemnity regimes for our clients. These clients operate worldwide and include oil majors, drilling contractors and vessel owners and operators, meaning the team is uniquely positioned to provide advice in relation to contracting trends, changes and developments at all levels of the offshore service chain.

If you have any questions in relation to liability regimes, or wish to discuss how Skuld Offshore could assist you, please do not hesitate to contact a member of the team. 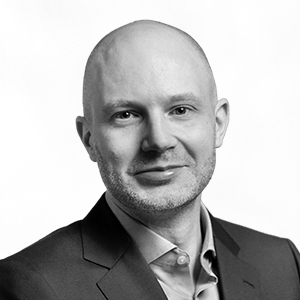