The chartering of ships, like any other business, comes with risks that the business counterparts do not honour their obligations to pay. Some owners (including head owners and disponent owners) believe that their position should be relatively secure given the various rights and remedies written in the charterparties in the event of non-payment by charterers, such as the right to hold on to the cargo. It is important to note however that there is a gap between owners' rights as written in the contract, and how and where they can enforce them in reality. Further, unlucky owners may even find themselves facing claims from third parties with whom they have no contract, because of the charterers' debts. The purpose of this article is to highlight these issues and enable owners to take measures accordingly to protect their interests.

A typical time charter expressly imposes an obligation on charterers to make hire payments at the agreed rate. Under clause 5 of the New York Produce Form 1946, in the event of failure to make punctual payment of hire or on any breach of the charterparty "the Owners shall be at liberty to withdraw the vessel from the service of the Charterers, without prejudice to any claim they (the Owners) may otherwise have on the Charterers". There is a similar but expanded provision at clause 11(a)(2) in NYPE 1993. Clause 11(b)(3) further requires that the owners give a "grace period notice" before they are allowed to withdraw the vessel. The notice is usually referred to as the "anti-technicality notice". Clause 11(b) says "Where there is failure to make punctual and regular payment of hire due to oversight, negligence, errors or omissions on the part of the Charterers or their bankers, the Charterers shall be given by the Owners [ ] clear banking days (as recognised at the agreed place of payment) written notice to rectify the failure, and when so rectified within those [ ] days following the Owners' notice, the payment shall stand as regular and punctual. Failure of Charterers to pay the hire within [ ] days of their receiving the Owners' notice as provided herein, shall entitle the Owners to withdraw as set forth in Sub-clause 11(a) above". It is common for parties to include a similar provision in the rider clauses even if they use NYPE 1946.

The right of withdrawal sounds very reassuring and seems to give the owners good protection. The reality is that owners have to be very cautious in the exercise of the right of withdrawal, failing which it may backfire and expose owners to a claim for repudiation by owners.

In order to validly withdraw the vessel for non-payment of hire, it is necessary for the owners to have given an anti-technicality notice in the right wording and at the right time. The notice must not be given too early – not before midnight on the due date: The Afovos [1983] 1 Lloyd's Rep. 335. The owners must not delay either, or they may be deemed to have waived their right to withdraw. The owners must act "within a reasonable time" (The "Laconia" [1977] 1 Lloyd's Rep. 135). What is reasonable time depends on the circumstances, but it is recommended that the owners should act quickly and give notice within two days. It is also important that the notice be given in clear terms, stating without ambiguity that they ask charterers to pay hire within X days and that the owners will withdraw (not e.g. reserving the right to withdraw) if the charterers fail to comply with the request.

When the owners consider the option of withdrawing the ship, one of the factors they should take into account is whether there is cargo on board. If the vessel is laden, the owners will be obliged under the bills of lading to deliver the cargo to the destination despite the withdrawal, and the owners will not receive hire after the withdrawal. It should also be noted that withdrawal does not automatically entitle owners to claim damages for the remaining period of the fixture.

In light of the risks involved, it is strongly recommended that the owners should consult their club or lawyers before they exercise the right to withdraw.

Under NYPE 1993, owners have an additional remedy of withholding service in the event of charterers' failure to pay hire pursuant to clause 11(b)(3). Since suspension of service will not bring the charter to an end, unlike withdrawal it will not expose the owners to a claim for repudiation, but if the right is not properly exercised there may still be disputes as to e.g. time loss and other losses which may arise (e.g. additional port fees due to delayed berthing or cargo operation). Owners should check the charterparty terms carefully before they exercise the right to suspend and see whether any notice is required beforehand. Under NYPE 1993 the owners are required to serve an anti-technicality notice before they can suspend service (although London Arbitration 17/14 suggests that notice is unnecessary where the charterers' failure to pay hire was deliberate rather than an error or omission). If owners want to give themselves better protection, it is recommended that when they negotiate the fixture, they should try to remove any requirement for giving notice for withholding service.

As we will see later in the discussions about the exercise of lien on cargo, if the withholding of service involves a suspension of discharge/delivery of cargo, owners may be at risk of a ship arrest by cargo receivers in some jurisdictions regardless of owners' contractual rights under the charterparty.

Under a NYPE charter, owners are entitled to exercise a lien on cargo for unpaid hire. Such lien, however, is a contractual lien. If the bill of lading is subject to English law, unless the lien clause from the time charter is incorporated into the bill of lading the owners will be in breach of the bill of lading contract by exercising a lien on cargo for non-payment of hire. Even if the lien clause is incorporated into the bill, the right to exercise a lien is not necessarily recognised in the jurisdiction where the discharge of cargo takes place. In some jurisdictions the cargo receivers may simply arrest the vessel if the owners withhold the discharge or delivery of the cargo irrespective of the lien clause, getting the owners into troubles well beyond what they expected.

For example, if owners seek to withhold delivery of cargo in China by exercising a lien on the cargo for charterers' failure to pay hire, local Chinese law allows owners to do so only if the cargo belongs to the charterers against whom owners have a claim. In other words, if the receivers are not the charterers with whom owners have a contract, owners will not be able to exercise a lien on the cargo. A similar problem will arise if owners exercise the right to suspend service by refusing to continue discharge operation for charterers' non-payment of hire.

One may ask whether the owners may exercise a lien under the bill of lading (as opposed to the charterparty) if the bill has incorporated the lien clause, e.g. the incorporation of the lien clause in Gencon 94 into a Congenbill bill, on the grounds that the holders of the bill are bound by the terms on the bill and hence the lien clause. Unfortunately, such a lien clause is not enforceable under PRC law either. Therefore, if the owners detain the cargo purporting to exercise a lien but the cargo does not belong to the time charterers, the cargo receivers may apply to the Chinese courts for the release of the cargo and/or have the ship arrested.

There are similar restrictions under the local laws in other jurisdictions as well. It will be prudent for owners to check the legal position with their club or local lawyers before they stop discharging for non-payment of hire.

Needless to say, if owners are unable to hold on to the cargo where charterers fail to pay, an important leverage against charterers will be lost. It is therefore crucial for the owners to check the background and creditworthiness of the charterers before they enter into the contract, not when things have gone wrong.

Apart from lien on cargo, owners will also have the remedy of a lien on sub-hire and/or sub-freight if such right is expressly provided under the charterparty. If subcharterers down the chain have not yet paid charterers, owners will be entitled to exercise a lien and intercept the payment. Please note however the right will be lost if subcharterers have already paid sub-hire/freight when owners serve the notice of lien. The owners should therefore act quickly if they want to intercept sub-hire/freight.

Further, it is recommended that owners should ensure that the contractual provisions entitle them to exercise a lien on both sub-freight and sub-hire, not just one of these.

Poor creditworthiness of the charterers will not only prejudice owners' own collection of payment, but also expose owners to liability to pay third parties.

Under a time charter charterers are obliged to supply fuels, and they are responsible for payment for the bunkers. In many bunker supply terms and conditions, the contractual and/or physical suppliers will state that they have a maritime lien over the vessel for the supply of fuels to her, whether the bunkers are ordered by owners or charterers. To protect themselves against such lien, many owners will issue a no-lien notice to bunker suppliers, making it clear that they are not the purchasers. Unfortunately, such attempts would not necessarily produce the desired effect in some jurisdictions. Whatever the legal position is as regards responsibility for bunker supply under the charterparty, it may not be recognised in the jurisdiction where bunkers suppliers seek to bring a claim against head owners and/or the vessel. We have seen cases where, despite the absence of any contractual relationship between owners and bunker suppliers and the owners' issue of a no-lien notice to the suppliers before the supply of fuels, the suppliers still manage to arrest the vessel for non-payment of bunker price. The problem is more distressing if the vessel has already been redelivered by the defaulting charterers and is under the service of another charterer – the defaulting charterers will have little incentive to provide security or settle the bunker price to have the vessel released.

A ship arrest for non-payment of bunker price can happen even in places where the suppliers have no maritime lien over the vessel. If the legal system at the place where the suppliers arrest the vessel is not developed and/or if the local judges are not familiar with maritime law, the court is likely to be slow to lift any arrest order. Whilst there might be the prospect, in theory, of making a claim for wrongful arrest against the bunker suppliers, in some jurisdictions it can take years for owners to get a judgment.

If owners face a claim from bunker suppliers for charterers' failure to pay, in principle owners are entitled to seek an indemnity against charterers for losses arising out of the arrest for charterers' non-payment for bunkers. The reality is that if charterers have ceased trading or do not have assets to satisfy any award against them, the claim will in effect be worthless. In such case the liability will ultimately rest with owners, with no recourse against charterers. This again demonstrates the importance of checking the reputation of your business counterparts before you do business with them.

Charterers, unlike the Lannisters, do not always pay their debts. The contractual remedies available under the charterparties can certainly help to protect owners, but there is a limit as to what they can do. While it can be understood that owners are keen to get business in a bad market and are hence less concerned about due diligence, a good hire/freight rate will not be helpful ultimately if charterers do not pay hire in full, or at all. 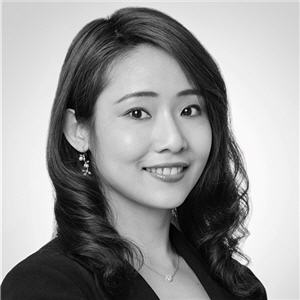