In November last year the Court of Appeal handed down judgment in the PACIFIC VOYAGER [1], a case concerning the circumstances in which an owner under a voyage charter is under an absolute obligation to proceed to the loadport by a certain date. The Club has previously reported on the earlier High Court decision.

To recap the facts

It's settled law that where a charterparty contains

there is an "absolute" obligation to start the approach voyage by a date when it is reasonably sure that the vessel will arrive at the loadport on time.

It's important to keep in mind that both parties accepted that the charterers were allowed to cancel the charter due to the vessel missing the laycan. The dispute was about whether the charterers could also claim damages: the additional costs of a substitute fixture, which in this case were considerable. To succeed with that it was necessary to show a breach of an absolute obligation to commence the voyage to the loadport by a certain date.

In the first instance judgment the High Court found in favour of the charterers by extending the rule mentioned above and applying it to the facts of the current case, where there was no ERTL or ETA at the loadport, but there was an ETA for the completion of the prior voyage.

The Court of Appeal Decision

The Court of Appeal agreed with the High Court's decision.

In short, there is (as the Court put it) "no particular magic" in the concept of an ERTL or an ETA at the loadport. An ETA set out in the recap for completion of the prior voyage was equally valid as a point from which to determine the date by which the approach voyage to the loadport had to be commenced.

The decision emphasises that where the parties have agreed that the vessel must proceed to the loadport with "utmost despatch" (or, by analogy, "with all convenient speed"), the obligation is an important one, intended to give comfort to the charterer. To give it meaning, there needs to be a date by which the approach voyage must be commenced, and that will be determined by looking at all relevant terms of the charter- not only by reference to an ETRL or an ETA at the loadport.

The Court did not give permission to appeal. 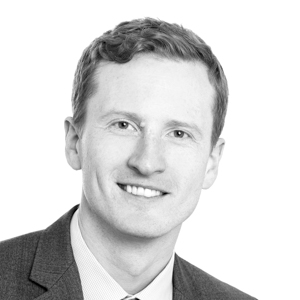