Because of the Covid-19 pandemic, the shipping industry is now facing several issues that used to be normal routine operations. One of the biggest challenges so far has been crew change. Restrictions imposed to avoid the spread of the virus have created difficulties for crew rotation. Shipowners are often forced to deviate from the contemplated voyage to disembark crew. This issue does not only relate to crew and vessel safety, but also creates disputes between owners and charterers.

In this article, we will look at the responsibility for time loss during crew change when the contract is silent or not sufficiently clear.

Some charterparties contain liberty clauses, entitling owners to deviate for crew change purposes. An example of this is the BIMCO (Baltic and International Maritime Council) Covid-19 Crew Change Clause, which gives the owners the liberty to deviate for crew change purposes if Covid-19 related restrictions prevent crew change from being conducted at the ports or places to which the vessel has been ordered or within the scheduled period of call. Consequently, a deviation falling within the wording of the clause will not constitute a breach of the charterparty and the costs of deviation shall be shared between the parties. Nonetheless, most of the liberty clauses found in charterparties today contain a narrow wording only allowing deviation for the purpose of assisting vessels in distress and saving life and property at sea.

If the charterparty is silent, deviation will normally constitute a breach of contract

Owners are the ones responsible for the management of the vessel, her safety and the safety of the crew and cargo. In cases where the charterparty does not entitle the shipowner to deviate from the agreed voyage, a deviation will normally constitute a breach of contract and charterers will be able to claim damages for their losses suffered because of the breach.

Under time charterparties, the vessel will usually be put off-hire for this period and owners will be responsible for the costs incurred during the deviation, such as bunkers and port charges.

For voyage charterparties, the deviation will normally constitute a breach of the obligation to conduct the voyage with "due despatch" or "utmost despatch".

On top of this, the deviation may also interrupt the running of laytime and demurrage. Owners can risk being faced with substantial losses, for example in cases where the vessel is put in a compulsory quarantine after the crew change or by receiving late delivery claims from cargo receivers that charterers have passed up the charterparty chain.

For charterers in the middle, it is important to make sure that the charterparties are back-to-back both up and down the chain. If the head charterparty contains a liberty clause entitling the owner to deviate for crew change purposes, it is important that the same clause is incorporated into the sub charterparty. Thus, charterers in the middle will limit their exposure and avoid being stuck with a claim from sub-charterers and which cannot be passed up the chain.

As we have witnessed, crew change is normally an owners' issue and time lost therefrom falls within their responsibilities. However, measures can be done to avoid this.

If the voyage is for a brief period of time, owners should ensure that the crew change is conducted before the start of the voyage.

For longer voyages where a crew change proves necessary, owners should try to agree with charterers beforehand and include a liberty clause in the charterparty allowing owners to deviate for the purpose of crew change.

Incorporating a clause paramount may also be helpful in cases where the deviation is considered reasonable.

If deviation has not been agreed in the charterparty, owners should try to obtain consent from charterers and cargo interests before deviation is conducted.

Should you have any comments or questions, please do not hesitate to contact us at any time. 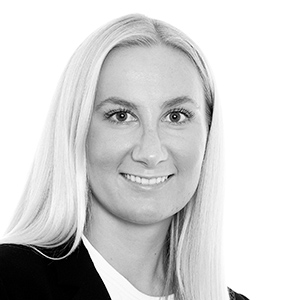