Whilst the plight of cruise ships, stranded off shore with sick passengers and crew, may be dominating media headlines, the current COVID-19 pandemic is having a significant effect on the shipping industry as a whole. This article first explores owners' rights to refuse to call at a port which is affected by the virus, before examining the rights, obligations and liabilities of owners under charterparties in the context of delays at loading and discharging ports.

Can owners refuse to comply with charterers' orders?

Owners may be concerned that proceeding to a particular port could expose the crew to COVID-19, thereby endangering their health. The crew themselves may express concerns and indeed there have been recent reports in the industry press of a crew refusing to berth and allow stevedores on board the ship due to their fears of coming into contact with the virus.

However, owners are only likely to be able to refuse to proceed if there is a specific clause in the charterparty entitling them to do so, or if they can show that any safe port warranty has been breached.

Under English law, a port is considered unsafe (and the safe port warranty breached) if it a ship is unable to reach it, use it and return from it without, in the absence of some abnormal occurrence, being exposed to danger which cannot be avoided by good navigation and seamanship. An owner may wish to argue that a port is unsafe because of the danger to the health of the crew, or because of the risk of the vessel being quarantined or delayed after visiting that port.

Any dispute about the safety of the port is likely to be highly fact specific, including factors such as the spread of the virus in the port/country in question and the measures which the port have (or the crew can) put in place to limit contact between the crew and shore personnel. In most cases (at least based on the situations we have seen to date), it will be difficult to establish that a port is unsafe within the legal definition. Crews are generally able to take sufficient steps to limit their interaction with shore personnel and any delays which are incurred due to complying with quarantine restrictions are unlikely to be sufficiently lengthy to be considered a danger to the ship's free movement. Accordingly, refusing to proceed to a particular port is likely to be risky and could expose owners to substantial claims from charterers for delays and losses.

We consider below the extent to which, if owners agree to comply with charterers' orders, any adverse consequences of so doing – including, in particular, delays and additional port costs and expenses – are likely to be recoverable from charterers. In most cases, owners should be reluctant to refuse to comply with charterer's voyage orders in the absence of a very real concern for the health and well-being of the crew.

The position may be different if there is an express term in the charterparty which gives additional rights to owners. The most common clause in charterparties is BIMCO's Infectious or Contagious Disease clause, with different versions applicable for time and voyage charterparties.

The essence of the clause is that it gives owners a right to leave, or refuse to proceed to, a port where there is a risk of exposure by the vessel to a "highly infectious or contagious disease that is seriously harmful to humans" or to a risk of quarantine or other restrictions being imposed in connection with the disease (an "affected area"). Charterers are required to provide alternative voyage orders and indemnify owners for additional costs or expenses incurred as a result of complying with or awaiting such orders. The vessel expressly remains on hire throughout. If the owners agree to proceed to an "affected area" within the meaning of the clause, the vessel will remain on hire at all times and charterers will be liable for delays or additional costs or liabilities arising.

The clause for use in voyage charterparties has a similar effect. However, owners are only entitled to refuse to proceed to a port which has become an affected area after the date of the charterparty: owners are expected to exercise their own due diligence in respect of the state of the contractually agreed ports when agreeing the fixture. If alternative voyage orders are issued, owners are entitled to recover additional expenses and freight. If owners agree to proceed to the affected area, charterers are responsible for additional costs arising and time lost counts as laytime or time on demurrage.

It is important to note that the BIMCO clauses have not yet been tested by any court or tribunal in the context of coronavirus. This means that, although BIMCO have clarified that they believe the clause could be triggered in respect of a port affected by COVID-19, there remains a risk that the scope of the clauses could be limited. For example a court could ultimately determine that there was no real risk of exposure to the crew due to measures put in place by a port to ensure minimal interaction between the crew and shore personnel. BIMCO suggest that, unless a public health authority has declared a port as a risk to visiting ships, it is unlikely to fall within the scope of the clause. Accordingly, even if a charterparty includes such a clause, shipowners should continue to exercise due diligence by informing themselves about the situation at individual ports and assessing the specific risks on a case by case basis.

Delays at port and force majeure

A number of ports have declared "force majeure" since their ability to operate has been affected by the spread of COVID-19. In particular, operations have been slowed due to restrictions affecting the free movement of the workforce and disruptions to the supply chain have affected the routine flow of cargo through the port. Such declarations may limit shipowners' ability to take any action against the port authorities, but would not tend to affect liabilities between owners and charterers under their charterparties, which are private contractual arrangements and very often subject to English law.

Unlike certain civil law jurisdictions, English law does not recognise "force majeure" as a general legal concept. This means that a party to a contract subject to English law cannot simply declare that they are affected by circumstances of force majeure and are therefore relieved from their obligations. They can only do so if the contract or charterparty in question contains an express force majeure clause or other exclusion / exceptions clause which grants them such rights.

The force majeure clause will set out the specific circumstances in which it can be triggered and will identify the rights and obligations of both parties when force majeure circumstances are triggered. This may include rights of termination, or be limited to an exclusion of liability for delays and non-performance. In circumstances where charterers are claiming the protection of a force majeure clause, owners will likely want to ensure their charterparty includes a right to terminate after a certain period, so that they do not end up waiting indefinitely for charterers to perform, without being able to recover hire or demurrage for that period.

In order for the charterparty to be frustrated, the delay would have to be such as would render performance radically different from that anticipated by the parties. At present, it seems unlikely that delays at a port would cause a time charter to be frustrated. Even in cases of a voyage charter or a time charter trip, the argument is likely to be difficult to make, but will depend on the particular circumstances in question, including the length of any delays, the term of the charterparty, and the information available to the parties when the charterparty was entered into.

Who is liable for delays?

If it has been established that the charterer has no right to terminate the charterparty on the grounds of force majeure and it has not been frustrated, then the parties will want to know who bears the liability for delays encountered and additional costs incurred. This will ultimately depend on (i) the factual circumstances / cause of the delays and (ii) the charterparty wording.

In the absence of express wording, it is likely that delays at ports due to shortage of workers, unavailability of cargo or similar shore-side delays will be for charterers' account. In a time charter context, such events would not tend to fall within the off hire provision, provided the vessel remains fully working and ready to carry out normal operations. In a voyage charter, provided the vessel had been able to tender NOR, such events are unlikely to fall within the exceptions to laytime, so that laytime will continue to run and demurrage to accrue, subject to any other interruptions or exceptions which may take effect (e.g. weather-related interruptions).

The position may be different if the delays affect the vessel and/or crew, for example, where there is an outbreak or occurrence of COVID-19 on board a ship. If the crew members are affected in sufficient numbers, the vessel could be off hire due to deficiency of men. Deviations or delays may be caused by the need to disembark crew for medical treatment, and such delays would tend to be for the owners' account in the first instance. A suspected or established case is likely to cause the vessel to be quarantined upon arrival at the next port. Indeed, some ports have imposed quarantine requirements on vessels arriving from specific named ports, where there has been a high prevalence of COVID-19 infections, even where there is no indication that the crew is affected. These situations are more complex and will certainly depend on the specific wording of the charterparty and the off hire clause in particular. Under a voyage charter, it will be necessary to examine the charterparty terms as to when the vessel may tender NOR and exceptions / interruptions to laytime, which will determine whether laytime runs and demurrage accrues. If the charterparty includes the relevant BIMCO clause, or similar wording, the allocation of liability for delays and additional costs which may arise should be more easily determined.

In the absence of the BIMCO clause, owners of a time-chartered vessel may be able to argue that any delays or additional costs arising due to quarantine restrictions or crew infection following a call at a port affected by COVID-19 are for charterers' account on the basis of 'the implied indemnity.' The general principle of the implied indemnity is that losses suffered by owners due to their compliance with charterers' employment orders ought to be indemnified by charterers. However, this argument has yet to be tested in the context of this pandemic and would depend upon a court / tribunal's view of how the parties intended to allocate risk and liability, taking into account both the express wording of the charterparty and the factual information available to the parties at the time of entering into the fixture. Owners would therefore be better protected by incorporating express wording into their charterparties, such as the BIMCO clauses discussed above. 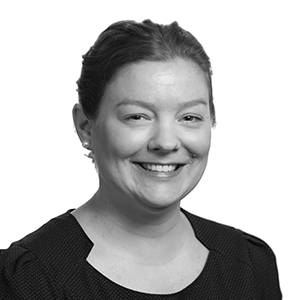