The prime objective of the marine warranty surveyor is to assess whether the risks associated with the relevant onshore and offshore marine construction operations are reduced to an acceptable level in accordance with best industry practice.

The Marine Warranty Survey (MWS) is a product of the offshore industry, arising out of the increasing complexity of operations that were being carried out from the 1970s onwards. Not only were these operations more complex, but they were also extremely expensive, necessitating an increased level of governance, surpassing what had so far been performed, to an extent, by class surveyors. The MWS is now an intrinsic part of offshore operations, and a valuable tool for both the assured and the insurer.

What does an MWS do?

The role of the Marine Warranty Surveyor should not be confused with that of the classification societies and their class surveyors. 'Class' certifies that the vessel construction complies with the relevant standards and ensures continuing compliance by carrying out regular surveys of the vessel in service. It extends only to normal vessel operations and does not include the non-routine operations that the vessel might be involved in.

The surveyor is appointed to act on behalf of both the assured and the insurer in relation to a specific, non-routine marine project, to provide a qualified, independent third-party review of the project with a view to reducing to an acceptable level the risk of a casualty occurring, and to ensure that those operations are performed to recognised standards and codes.

Who can be an MWS?

The title of Marine Warranty Surveyor is not one that can be obtained from a school, by taking courses or similar. Appointment as an MWS on one project does not necessarily qualify that the same person can work as an MWS on another, different type of project.

The appointment as an MWS will be project specific, with the experience and requirements agreed between the underwriter and the assured. The MWS should also have a thorough knowledge and experience in using and applying the industry standards for the intended project. In addition, the MWS should have a formal marine education and experience with the vessel type and type of project they are to act as an MWS for, ideally with a formal education as a Master Mariner, Naval Architect, specialist structural engineer or similar.

The company where the MWS is sourced from should have a number of personnel with a track record of being engaged as MWSs, have in place established policies and procedures that the MWS follows, and an approved Quality Assurance system and acceptable level of solvency.

When is an MWS required?

The requirement for a Marine Warranty Survey arises when:

The MWS, both company and surveyor, should be selected in conjunction with the insurer. While the MWS is an independent third party, because there can be variances in their quality, Skuld Offshore (like many insurers) have a pre-approved list of MWS companies we have audited and which can demonstrate that they meet our requirements based on the Joint Rig Committee "JR2019-010 JRC MWS Companies Pre-qualification & Good Practice Guideline". Our list is evaluated continuously against the same criteria to ensure that the quality remains high and that both the assured and the insurer can be satisfied that if that party is engaged, it can be relied upon.

We recognise that there can be established relationships between our assureds and MWS companies, and we encourage our assureds to liaise with us in advance to see whether their preferred company is on our pre-approved list. In the event they are not, we can agree to put that company through our vetting with a view to potentially including them on our pre-approved list.

The MWS' scope of work

As the quote which headed this article sets out, the prime objective of the MWS is to assess whether the risks associated with the relevant onshore and offshore marine construction operations are reduced to an acceptable level in accordance with best industry practice. If the MWS is content that this is the case, they will issue a Certificate of Approval (CoA), which identifies the operation, the vessels and equipment to be used and states whether the CoA is subject to compliance with recommendations or requirements.

In order to achieve this, the MWS' role is not limited to surveys, but will also include desktop activities such as reviewing the design basis and criteria, the engineering and the procedures. Following that, and once the MWS is satisfied with the quality and risk level of these documents, a warranty review letter will be issued.

The MWS' scope of work includes a review of the relevant project documentation, including all calculations, voyage plans and the like. These documents must be reviewed and approved by the MWS. As part of the review process the MWS will also take part in, amongst other things, HAZIDs (Hazard Identification studies), HAZOPs (Hazard and Operability studies) and project meetings to ensure that risks are identified and dealt with in an acceptable way.

There will also be a physical verification, during which the MWS will inspect the actual equipment to be used, looking at not just its condition, but also the certification and documentation, manning levels and experience, and the requirements of the project.

For some projects, the MWS will also attend the actual operations to witness that they are performed in accordance with approved procedures.

On what type of projects will we ask for an MWS to be appointed?

Offshore activities are always evolving, as are the ways more traditional operations are carried out. This means that it is not possible to have a definitive list of activities where the appointment of an MWS will be required, and this is something which can be required at our discretion. However, as a general rule, the following activities are examples where we will ask for an MWS to be engaged:

In addition, and as noted above, an MWS condition survey is required if the entered vessel is not IACS classed or has conditions of class.

The benefits of an MWS for the assured and the insurer

There is a perception that the MWS is a representative of the insurer sent in to audit the assured. That is not the case, as the independence of the MWS is one of the most important factors in their engagement. The MWS is able to bring a number of benefits to both the assured and the insurer, beyond the obvious advantage of reducing the risk of a casualty or other marine incident.

While most operational teams will be focusing on only one project over a lengthy period of time, MWS companies will, by contrast, be instructed in a number of projects at the same time. This allows them to bring a significant level of operational experience, helping to improve the procedures, avoid previously made mistakes based on lessons learned from earlier projects, and contributing generally to improving the industry standards.

In addition to the operational experience, MWS companies will also have marine and engineering experience, providing expertise and advice to a project, if necessary. All the experience, and - in particular - the combined engineering and marine knowledge, should give the assured a benefit where its operations are less likely to result in incidents, delays and downtime.

From the insurers' perspective, the appointment of an MWS provides an additional layer of quality assurance and risk management, which serves to reduce the number of claims and related costs for non-routine operations.

The use of MWS is likely to reduce claims, improve the involved organisations and make for better, more efficient operations. 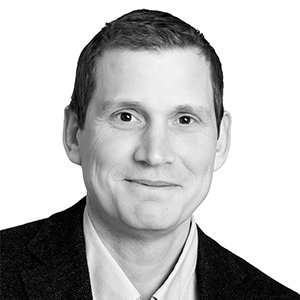