The growing tendency of increase in weight and size of project cargoes calls for advanced methods to facilitate the cargo transport overseas in a safe and efficient way. Normally, large and heavy project cargo stowed on a heavy lift ship is secured and lashed according to regulations laid down in Annex 13 of IMO’s CSS Code. Standard procedure is to calculate the forces acting on each cargo item by multiplying the mass of the cargo item with design accelerations tabulated in Annex 13. Those design accelerations represent maximum values that the cargo would go through during a winter crossing of the North Atlantic, where most severe sea conditions of all oceans are assumed. Consequently, the cargo and its lashing gear is loaded by the highest and steepest occurring waves of the most severe sea area and the worst season of the year.

Classification society DNV GL denotes the sea transport in such extreme conditions an unrestricted sea transport in its standard DNVGL ST N001 because the navigating officer must not obey to a wave height limit on transit. Although prudent seamanship aims to avoid crossing of violent sea areas with high and steep waves, a sea transport’s unrestricted service notation does not explicitly prohibit such a danger of loss operation.

In reality, the majority of project cargo shipments happen on more benign sea routes during the less severe spring, summer or autumn season. Consequently, Annex 13 optionally allows to determine the accelerations acting on the cargo and the lashing gear for the actual sea route and season of the year. Furthermore, the annex permits to reduce the design accelerations to maximum values that the cargo can withstand, for instance.

Sea transports with such wave height limits are termed weather-restricted sea transports. The likelihood to conduct the weather-restricted sea transport without waiting time for better weather is evaluated from seasonal wave occurrence statistics of the oceans. To ensure that the maximum tolerable accelerations will not be exceeded on transit, heavy lift ships are normally equipped with sensors that continuously measure the accelerations of the cargo. The measured accelerations are carefully monitored by the navigating officer. Should the measurements reach values close to the maximum tolerable accelerations, effective counter measures will be initiated by the navigating officer to reduce the measured values. Slowing down the ship’s speed or changing the course will serve the purpose in most cases.

The following example briefly describes a weather-restricted sea transport from Wilhelmshaven to Tunisia, that was conducted in the winter month of February and crossed the severe sea areas in the Bay of Biscay: 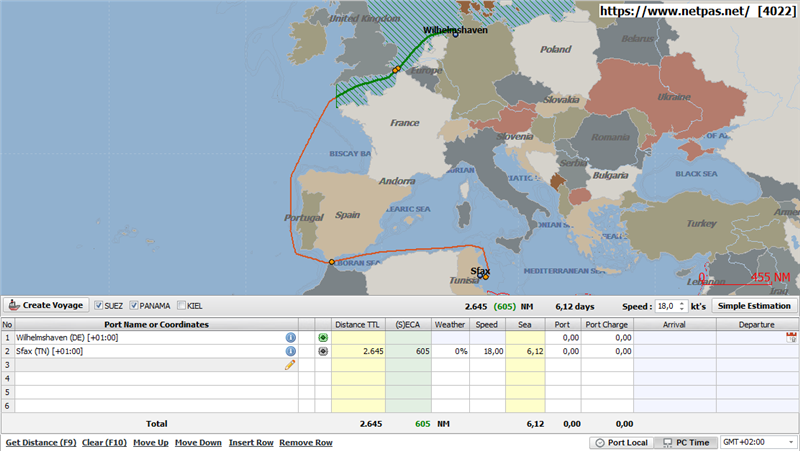 The shipment of the two fully erected harbour cranes was estimated to take about 6 days for 18 knot ship speed, according to above figure. 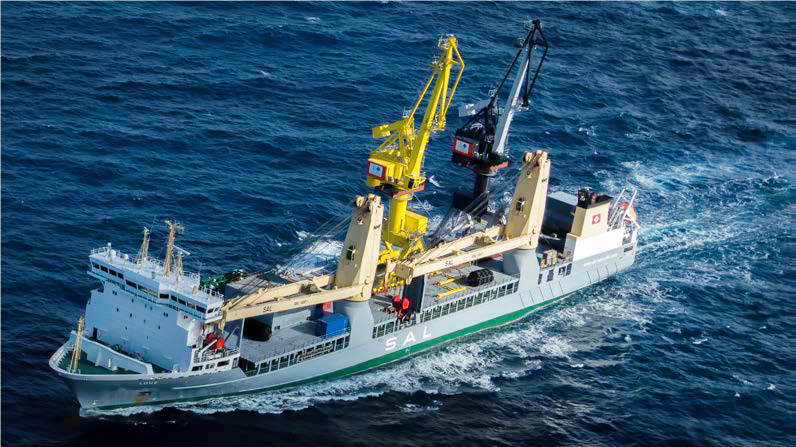 Based on the tolerable acceleration of 3.5 m/s² for the fully erected crane structures shown in above figure, an operational significant wave height limit of 4 metres was found. The tabulated design accelerations according to Annex 13 attained almost twice as high values that would have required to ship the cranes dismantled in pieces. Although wave statistics for the route showed maximum significant wave heights of 15 metres, merely 20 percent of all seas attained significant wave heights higher than 4 metres. Because of favourable weather conditions, the weather-restricted sea transport was realized without any stops, and only marginal accelerations were measured on transit.

A comprehensive description and application of the weather-restricted sea transport method is given in the below referenced paper:

The Association is grateful to Taylor Marine, Hamburg for contributing to this article.